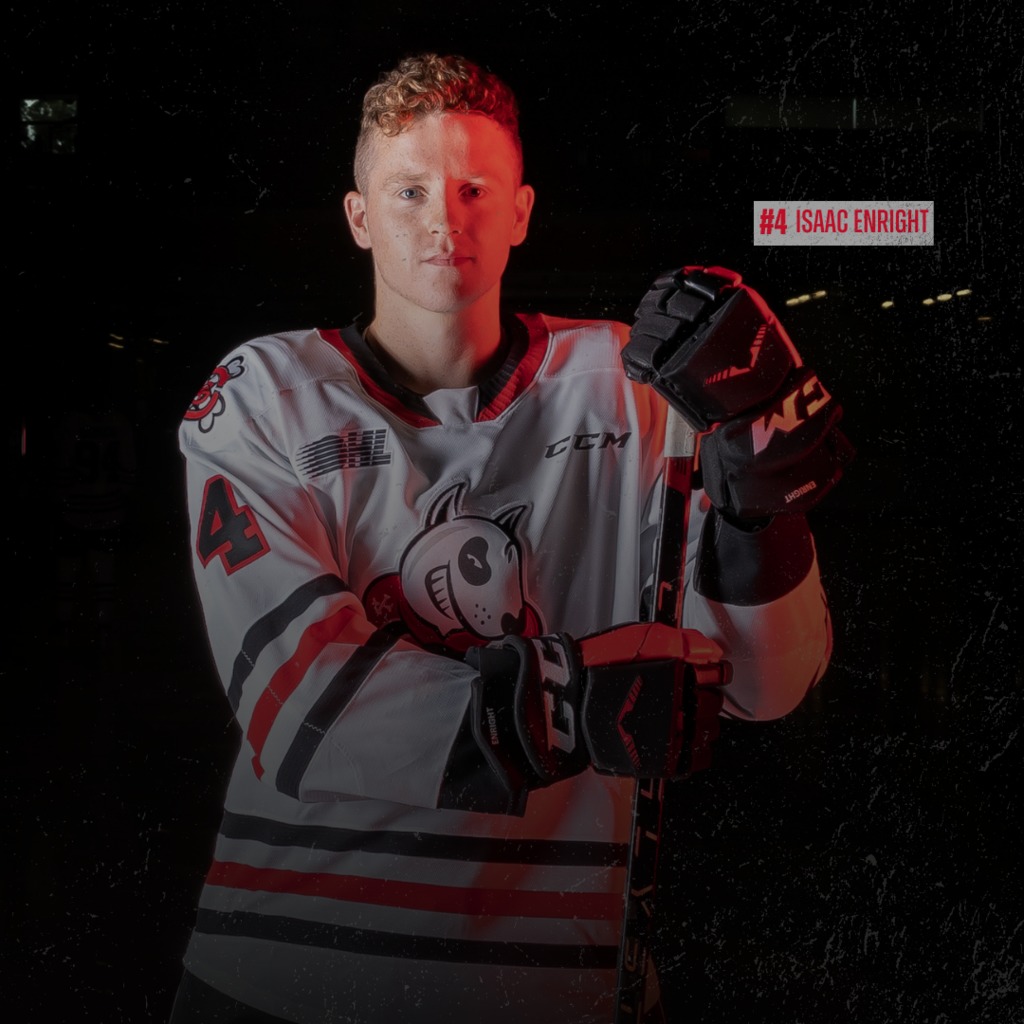 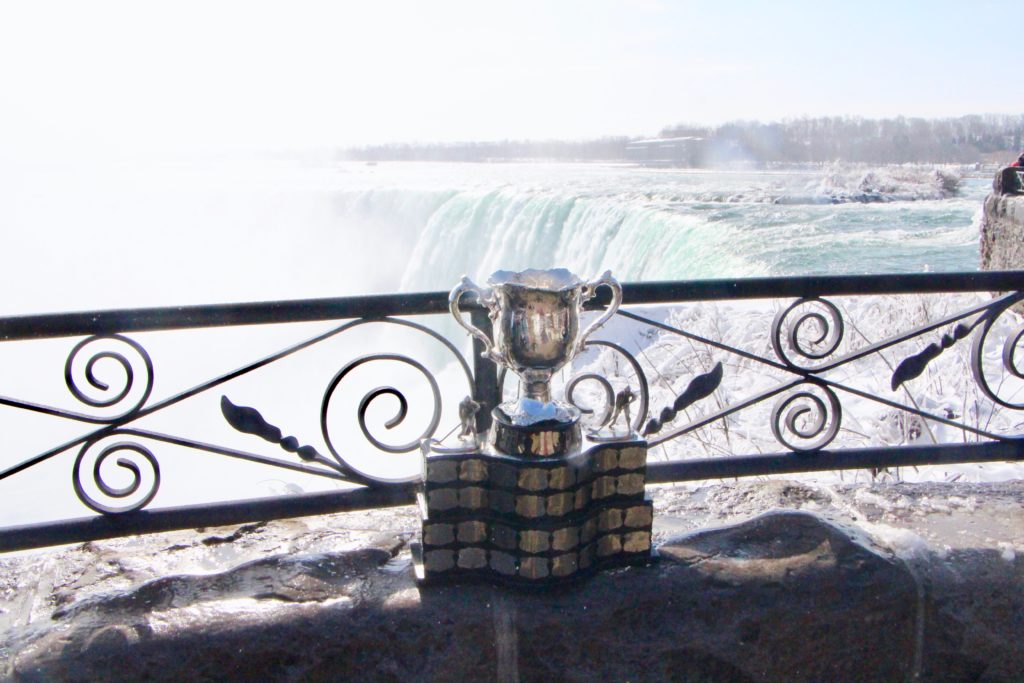 As part of the 100th Anniversary of the MasterCard Memorial Cup, home teams featured on Sportsnets’ Saturday Showcase received the Memorial Cup for a week. Last week, it was our turn.

Over the past week, we toured the CHL’s top prize around the Niagara Region, and provided opportunities for fans to visit with it.

The Memorial Cup made an appearance at local March Break events with our sponsors, Home Depot St. Catharines and Sky Zone St. Catharines, accompanied by some of our players and
Bones. 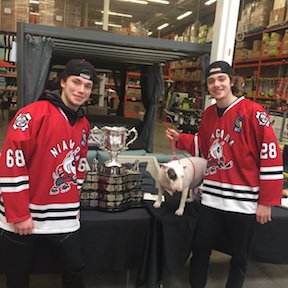 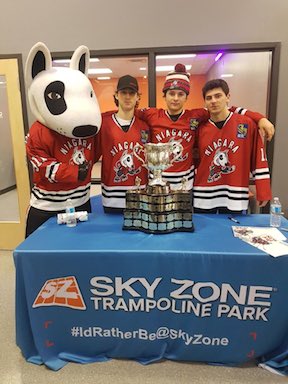 Then, on Thursday, we took the Memorial Cup to some staples within the Niagara Region. First, we made a stop at one of the most notable tourist sites in Niagara, the Falls. The Cup experienced the cold mist from the Falls, and attracted much attention from those who visited one of Canada’s main attractions. 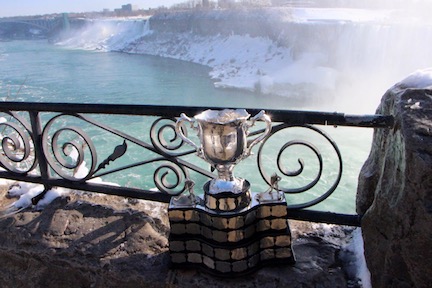 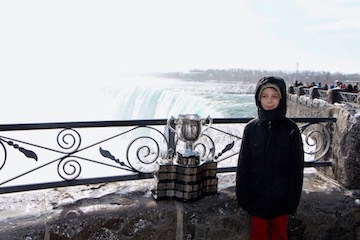 From the Falls, we brought it to a restaurant sponsor of ours, Kully’s Original Sports Bar. Fans came to Kully’s for lunch, and were pleasantly surprised with the trophy we are competing to bring home this post-season. 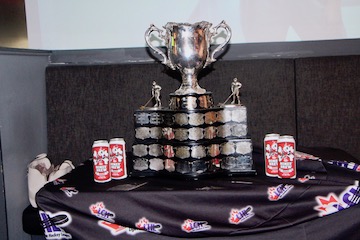 The Memorial Cup continued it’s Niagara Region tour at Ridley College, one of Canada’s oldest boarding/day schools, and the largest in Ontario. Ridley College, the former home of IceDogs’ Governor Bill Burke, General Manager Joey Burke, and defenceman Will Lochead, has a renowned athletics program. The school also has deeply rooted origins within the history of St. Catharines. While we visited campus, the arena was hosting a minor hockey tournament. We surprised the Lincoln Blades with the Memorial Cup prior to puck drop of one of their games! 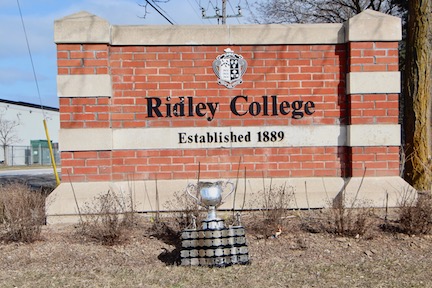 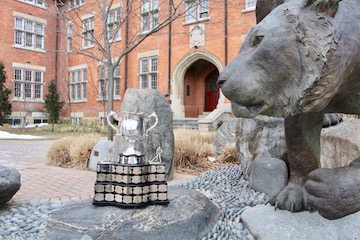 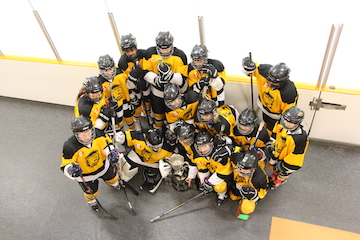 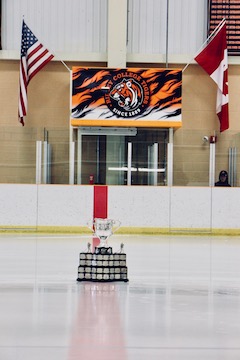 From Ridley College, we made our way to Niagara-On-The-Lake, near the Canadian-American border, to Fort George. Fort George, the headquarters for the British Army during the War of 1812, played a significant part in defending Upper Canada. The historical site now re-enacts the day-to-day life of the soldiers located at the Fort. 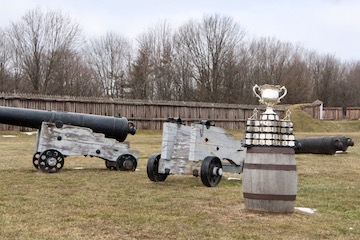 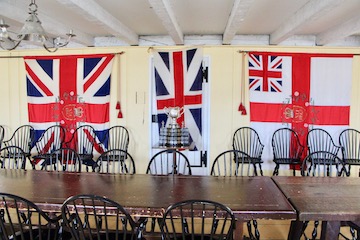 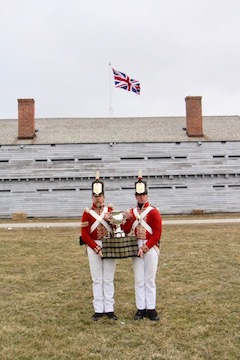 What kind of Niagara Region tour, doesn’t make a stop at one of the regions’ economic forces – the wineries? The Memorial Cup made its way to Gretzky Estates Winery & Distillery. Despite having never won a Memorial Cup, during his time in the OHL, the Great One will always be a loved figure of Canadian hockey. 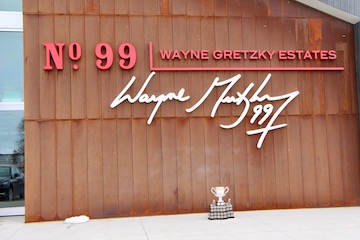 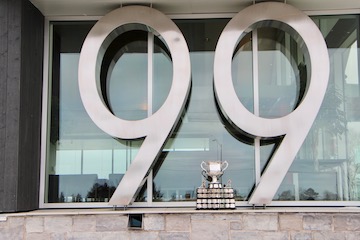 The Memorial Cup was on display at our game against the Mississauga Steelheads, on Saturday, March 17th. In a nationally televised game, our fans packed the Meridian Centre to watch our final regular season game, and to see the Memorial Cup on the concourse! 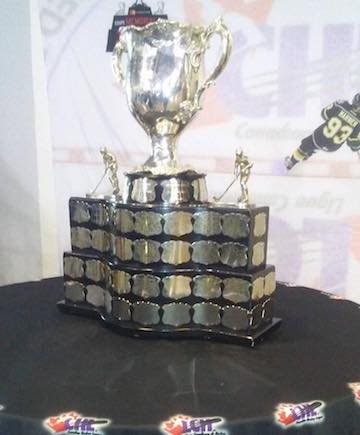 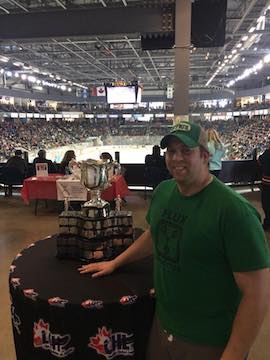 The tour continued after our St. Patrick’s Day game, as the Cup visited the students at Lockview Public School in St. Catharines, on Tuesday! 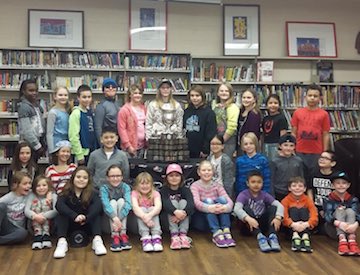 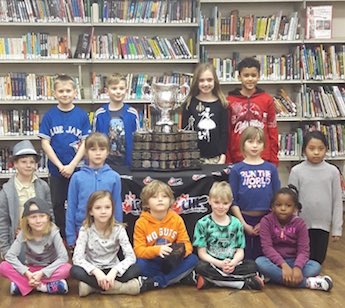 Our Niagara Region tour of the Memorial Cup finished at Brock University! We were greeted by many Sport Management students, and the Brock Men’s Hockey team, including many former CHL players. One of the Brock hockey players, Patrick Volpe, to visit the Memorial Cup had been on the 2012 Shawinigan Cataractes team, who hosted and hoisted the Memorial Cup! The Memorial Cup even made its way into a 2nd year Sport Finance course! 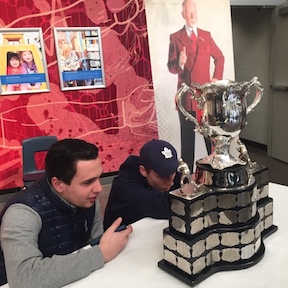 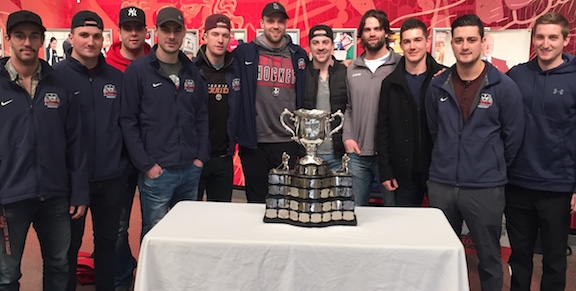 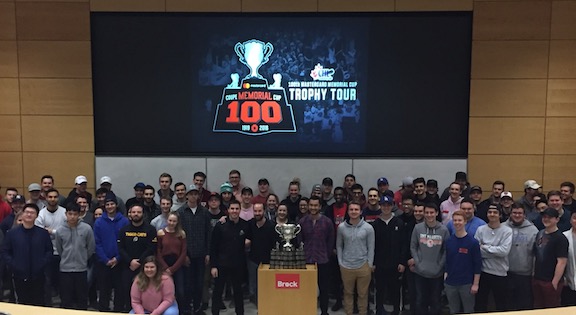 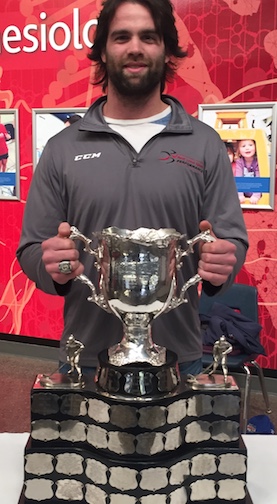 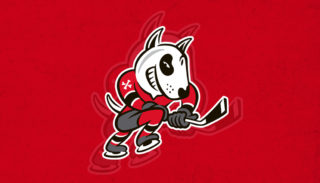 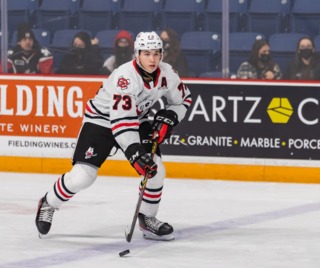 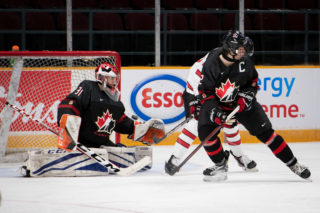 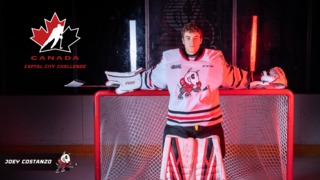