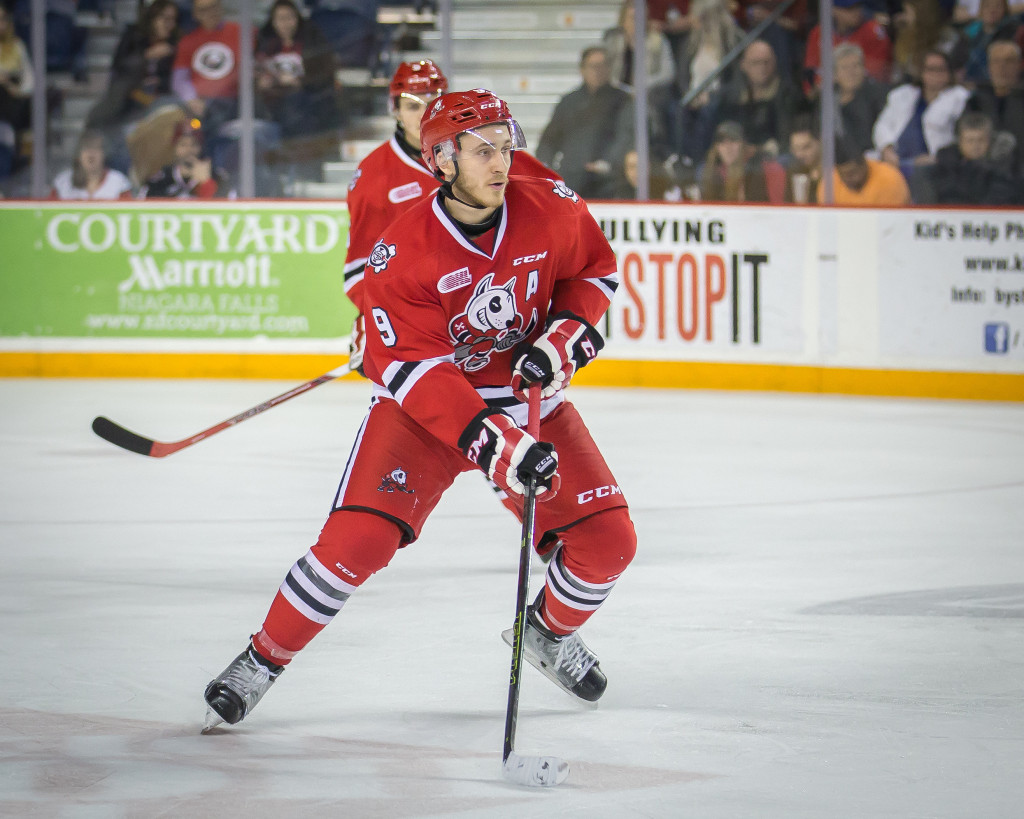 The IceDogs put up three goals in just over one minute in the third period to take a 1-0 series lead against the Barrie Colts.

It was the Barrie Colts who struck first in this one, jumping to the 1-0 lead midway through the first period. It was Niagara who dominated much of the play in the first though, outshooting the Colts by a hefty margin of 16-7.

The second period saw each team have its fair-share of chances, but both goaltenders were up to the challenge. Heading into the final 20 minutes of Game 1, Barrie entered the third frame with their 1-0 lead still in tact.

The third period was all Niagara. Barrie struck again just over half-way through the final period to put them up by two goals, but the IceDogs refused to lay down. A power-play goal from Blake Siebenaler put Niagara back in the game, and just one minute later the team tied it up on a goal from the knees of Josh Ho-Sang. If you blinked you would have missed it, as a mere 14 seconds later Jordan Maletta put the Dogs up by one, a goal which would eventually stand as the game winner.

The IceDogs will host Barrie at home in Game 3 which will take place on Monday, April 25th at 7:00pm. Tickets for this game and the rest of the home games for this series are still available and can be purchased at all IceDogs’ ticketing locations.