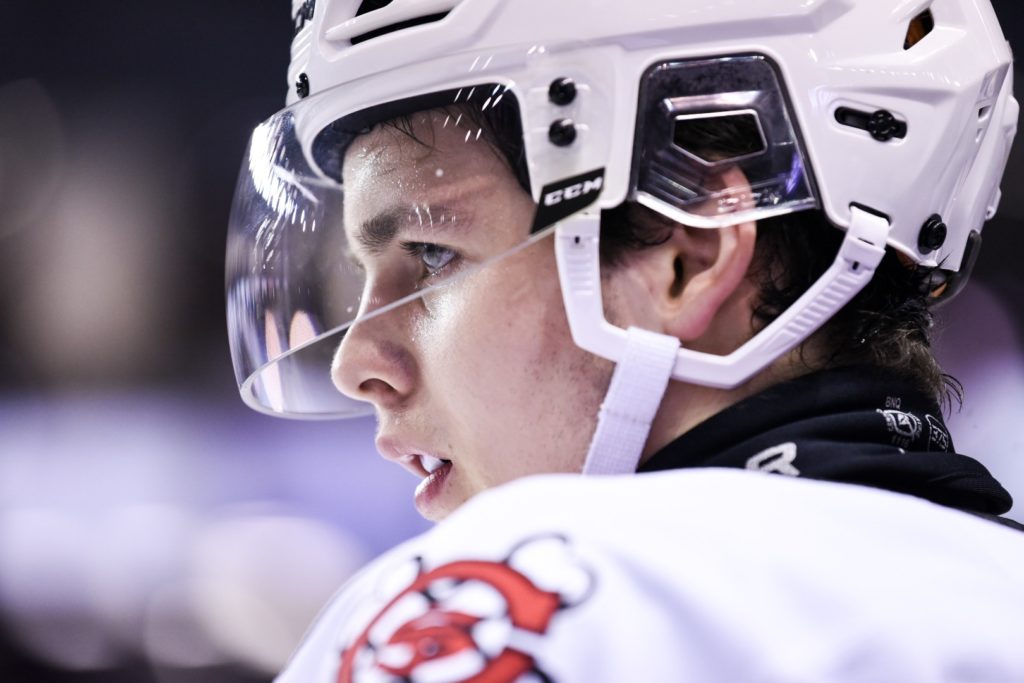 To kick off a third straight 3 in 3 weekend, the IceDogs welcomed fellow Eastern Conference team, the Ottawa 67’s, to the Meridian Center. The IceDogs were looking to collect some points from the 4th place 67’S to get back in the conference points race.

The IceDogs were put on their heals to start the game as Ottawa kicked off the scoring after an extended amount of pressure in the ‘Dogs end. Phil Tomasino brought some life to the team as he pressured an Ottawa defenseman and as a result of his individua effort, got a shot on net. After that it was all IceDogs for the rest of the period. Ivan Lodnia picked off a pass between Ottawa players and passed it off to captain Akil Tomas to put in the back of the net. Shortly after, Giancarlo Chanton scored his first OHL goal! Jake Uberti tapped the puck to Andrew Bruder behind the Ottawa net and Bruder sent the puck to the blueline for Chanton to score a low one on the Ottawa goalie. Captain Akil Tomas extended the lead a mere 21 seconds later streaking down the right side of the ice and scoring five-hole. Assists were given to Lodnia and AJ Cook. The IceDogs headed into the first intermission leading by the score of 3-1.

Period two was all Ottawa as the IceDogs let in 5 unanswered goals, with the 67’S taking a 6-3 lead. Youngster Jake Uberti looked strong in the circle winning 2 of 3 faceoffs and Lodnia had two shots on goal in the period.

The IceDogs started the period with a goaltender change – Christian Sbaraglia took over. The IceDogs battled hard in the third period, but Ottawa collected two more before taking the game 8-3.

Your IceDogs are back at home tomorrow night facing off against the Mississauga Steelheads. Tomorrow nights game is sponsored by Special Olympics Ontario and they will be hosting a coin collection during the 1st intermission. The OHL and Special Olympics Ontario are hosting a month long online 50-50 draw, ending on November 30th. Click here to purchase.