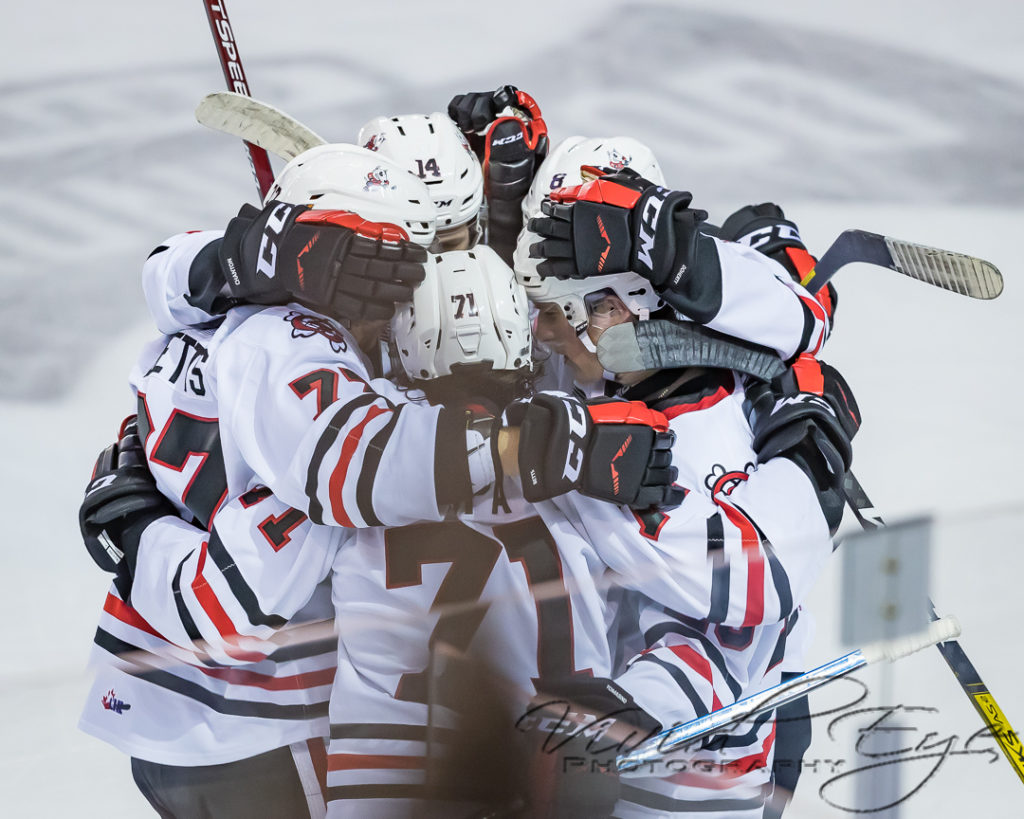 The IceDogs were ready to face their new opponent, the Kingston Frontenacs, as the puck dropped for the second time in 48 hours.

The IceDogs found themselves killing a penalty early in the first period. Drew Hunter was all over the Kingston’s forwards and was able to push the puck up center ice, where Phil Tomasino picked it up and went down to score top blocker.  When the IceDogs went to the powerplay, they were all business with Kyen Sopa scoring two back to back powerplay markers. The first was assisted by Captain Akil Thomas and assisted by Tomasino. Sopa’s second goal was assisted by Oliver Castleman and Tomasino chipped in on that one as well. With 6:12 remaining the period, Castleman buried one of his own in tight off a pass across crease from Tomas. Kingston then capitalized on their powerplay to cut the lead to 4-1. Sopa answered back with his third of the game, making it his first OHL hattrick! The powerplay marker was assisted by Tomasino and Akil. The period ended with a comfortable 5-1 lead.

The IceDogs capitalized on the powerplay 3:08 into the second, courtesy of Tomasino. The sixth goal of the game was assisted by Sopa and Akil. Kingston fought back by getting two of their own and closing the gap to 6-3. Lucas Theriault responded with his first OHL goal, assisted by Jake Uberti and Dakota Betts. The period ended with a score of 7-3.

Kingston started the scoring in the third during 4 on 4 play to make the score 7-4. Phil Tomasino responded 1:32 later with his own hat trick goal of the game! Sopa and Drew gathered assists on Tomo’s goal. The IceDogs continued to pressure Kingston and got quality scoring chances by both Cameron Snow and Tomasino as time wound down. With a final score of 8-4, the IceDogs are back in the winning column!

Your IceDogs return home on Saturday, October 12th and will be facing off against the North Bay Battalion. Tickets are starting as low as $15/person and can be purchased online HERE, or in person at the following locations: