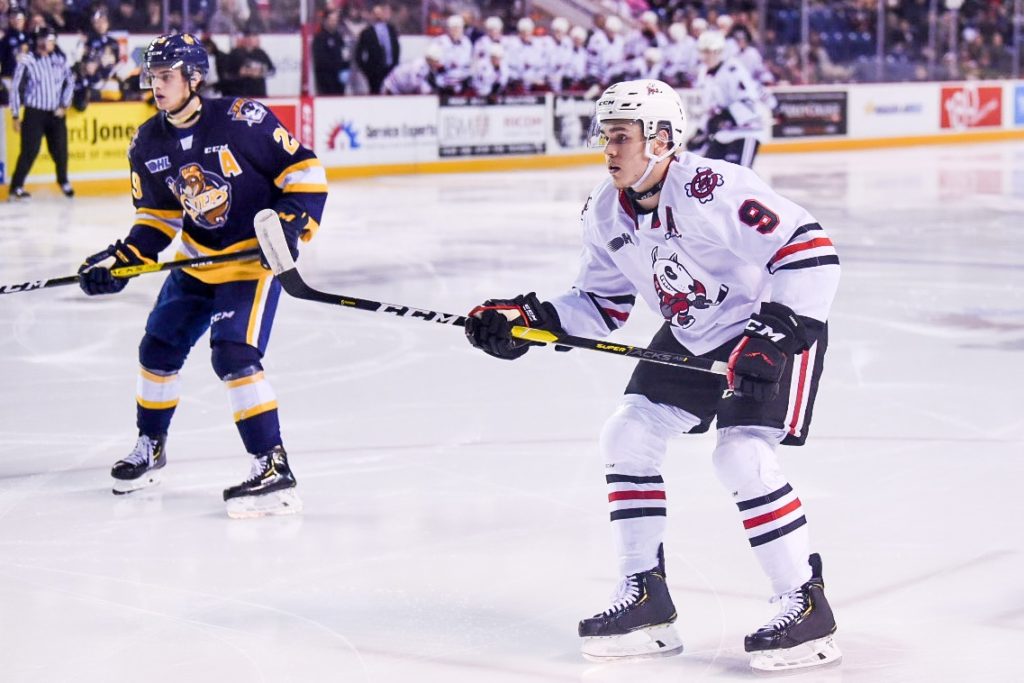 Niagara was back in road action Saturday night in Erie to close out their 3 in 3 weekend. The IceDogs were without veteran defenceman Elijah Roberts (injury), and Jackson Doherty and Jake Uberti (illness). Newly acquired second year forward Cameron Peters was in the lineup, starting on the second line with fellow newcomer Cameron Butler

The Otters capitalized first early in the first period to carry a 1-0 lead. Cameron Snow had the IceDogs’ best scoring opportunity through 17 minutes into the first period. He got extra step into the offensive zone on the Otters defence, but he couldn’t get past the goaltender, Campbell.

The ‘Dogs came out flying in the second period, sustaining pressure in the offensive zone several times. On their second power play of the game, the second unit got 3 shots on net, including one in tight from Peters right in front of the net.

So close on the power play! @campeters6 is looking settled in his first game with us 😎#IceDogspic.twitter.com/N9FZUO1MPJ

In the final five minutes, Andrew MacLean made an incredible save to keep the Otters from scoring their second of the game.

So close on the power play! @campeters6 is looking settled in his first game with us 😎#IceDogspic.twitter.com/N9FZUO1MPJ

Forty four seconds into the third period, Ivan Lodnia scored against his former team, with an enthusiastic celebration for good measure. Oliver Castleman, with the lone assist, extending his point streak to 14 games.

🚨 @ivan_lodnia gets us on the board!

Lods and his cellys 🌴#IceDogs | #mnwildpic.twitter.com/omvwEF3bJ2

Erie answered back with two goals, but their 3-1 lead didn’t last long. AJ Cook batted in a loose puck off a shot from Ryan Campbell to score his first OHL goal! Theriault was credited with the secondary assist on the 3-2 marker.

Our favourite 🍪 in the jar @_ajcook73 | #IceDogs pic.twitter.com/DeUrSrj21G

Momentum shifted in the favour of the ‘Dogs after the goal. The two new Cameron’s led the charge in getting pucks on net and pushing the pace in the Otters’ zone.

The IceDogs have one more on the road, tomorrow in Erie, and will return home on Friday, January 17th for a matchup against the Barrie Colts. Tickets are starting as low as $15/person and can be purchased online HERE, or in person at the following locations: