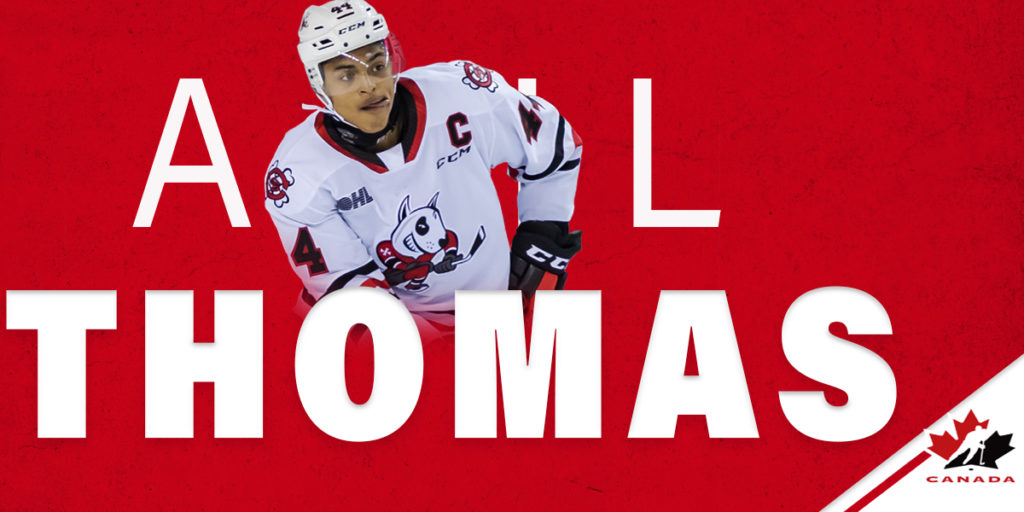 Since being returned to Niagara from the Los Angeles Kings, Thomas has collected 15 goals and 29 assists (44 points) in 27 games.

The World Junior Hockey Championship will be Akil’s fourth international event, representing Canada. He has previously played in the 2016 World U17 Hockey Challenge, where he wore a letter, the 2017 and 2018 IIHF World U18 Hockey Championship, as well as the 2017 Ivan Hlinka Memorial Tournament, where he helped the team finish first.

Fans can catch Akil and Team Canada in action on TSN. Follow @OHLIceDogs on twitter for all updates!

The Niagara IceDogs would like to congratulate Akil on this significant accomplishment, and wish him the best of luck in Ostrava and Trinec!