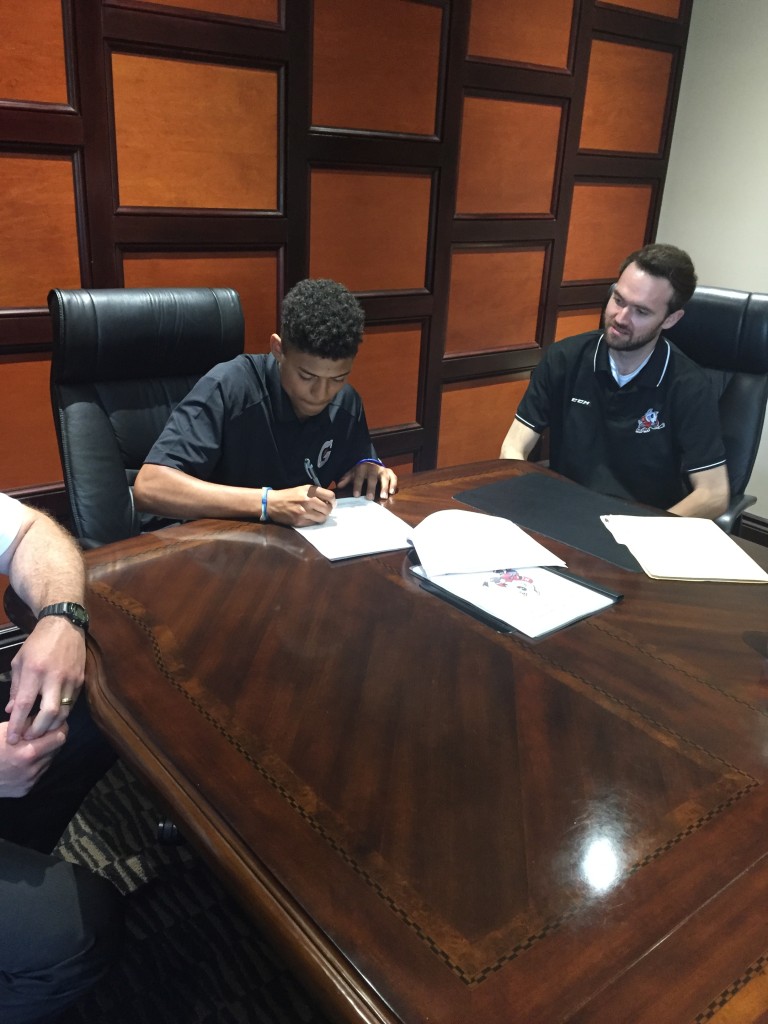 Niagara IceDogs’ Director of Player Personnel Joey Burke announced today that forward Akil Thomas has signed his standard player agreement with the team. “This is a very exciting time for our organization, Akil is a complete player who really does everything well on the ice and brings a hard working style combined with speed skill and grit to our young roster this season. We are thrilled to sign our first round selection and are extremely excited for the new direction we are heading in”

Hailing from Brandon, Florida, Thomas spent his minor midget season with the Toronto Marlboros of the GTHL. His team finished first in the regular season, thanks largely to Thomas’ team leading 72 points in 56 games. Thomas continued his strong play into the OHL Cup, helping to lead his time to the finals. Once again, Thomas finished as his team’s top scorer, with his 13 points over 7 games leading the entire tournament

Thomas was selected in the 1st round, 12th overall during the 2016 OHL Priority Selectiom Draft.