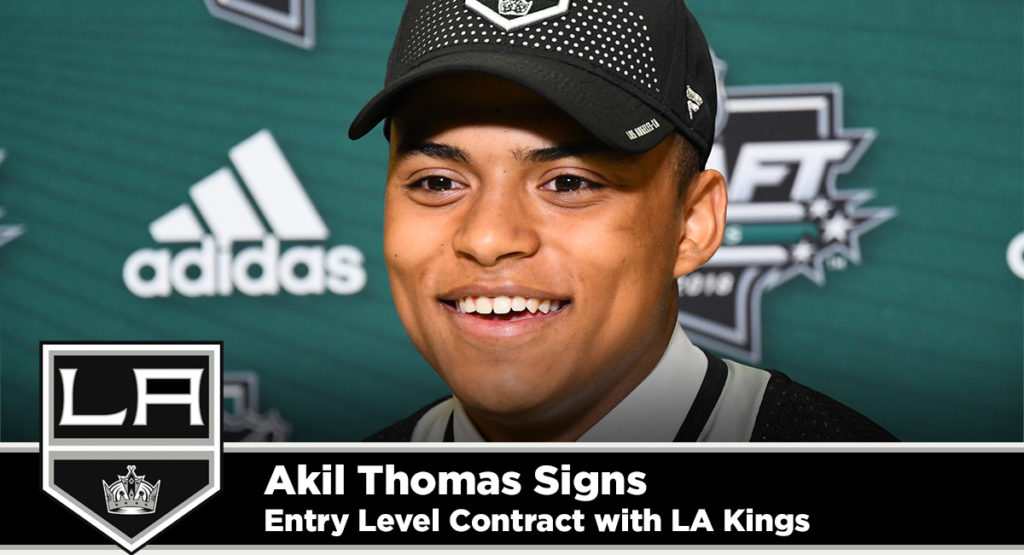 St. Catharines, ON- The Los Angeles announced yesterday they have signed 2018 second round selection, Akil Thomas, to a three-year NHL Entry Level Contract

Drafted in the 2nd Round (51st overall) in the 2018 NHL Entry Draft, the 6’0, 181-pound forward attended the Kings’ development camp following the draft. Thomas was invited to training camp last September before being returned to the IceDogs prior to the start of the 2018-19 regular season.

The Brandon, FL native, is currently in his third season with the IceDogs, and is having a career year. He is third in team scoring, with 100 points on the year (37 goals, 63 assists). Thomas quickly established himself as one of the top rookies in his first year in the OHL, and is developing into one of the league’s most offensive threats. Thomas is in his second season wearing an A for the IceDogs.

Thomas has appeared on the international stage three times in his junior career, representing Canada at the 2016 U17 Hockey Challenge, the 2017 Hlinka Gretzky Cup and the 2018 U18 World Hockey Championship. He was invited to participate in Hockey Canada’s Summer Development Camp in preparation for the 2019 World Junior Hockey Championship.