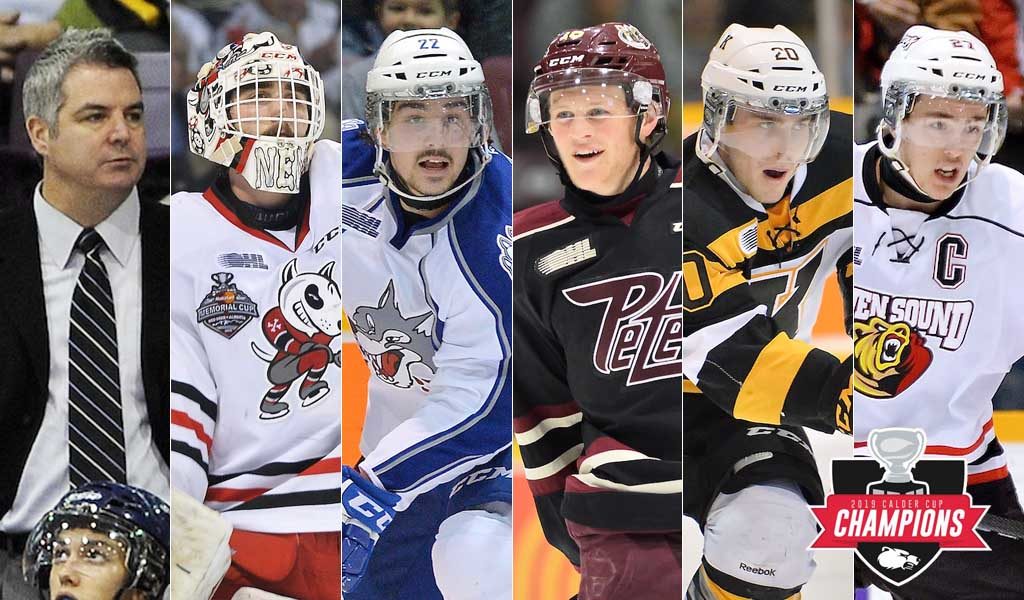 The Charlotte Checkers are Calder Cup champions for the first time in franchise history and nine OHL graduates helped them pull it off.

For the first time in team history, the @CheckersHockey are #CalderCup champions.

AHL Goaltender of the Year Alex Nedeljkovic (Niagara IceDogs) was a difference-maker, turning aside 26 shots in Saturday’s series-clinching 5-3 road win to finish the playoffs with a 2.34 goals-against average, .916 save percentage and a 10-4 record.

The Charlotte Checkers played to an overall playoff record of 15-4 after a first place regular season finish of 51-17-7-1 for 110 points. The eliminated the Providence Bruins (3-1), Hershey Bears (4-0) and defending champion Toronto Marlies (4-2) before eliminating Chicago in five games to secure their first championship.

The championship is the first on ice in the city of Charlotte since the Charlotte Checkers won an ECHL title in 1996.

For full coverage of the 2019 AHL Playoffs visit theahl.com.