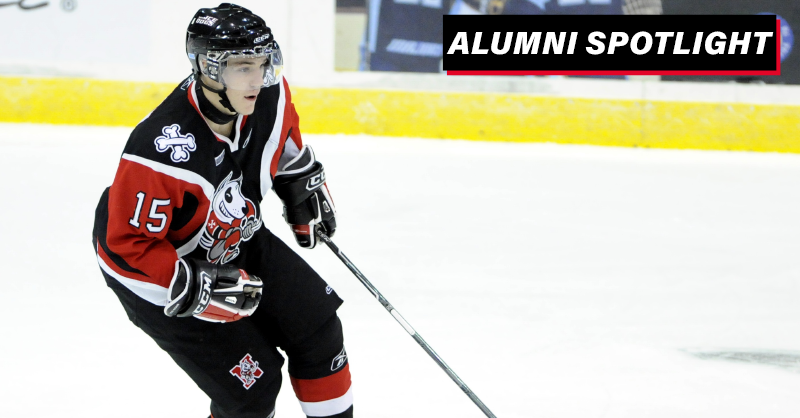 When Andrew Shaw played for the Niagara IceDogs, from 2008 to 2010, he was the type of player who bled team colours.

Similarly, when he suited up in 544 National Hockey League games, with the Chicago Blackhawks and Montreal Canadiens, he would always leave it all out on the ice. He always took the body and never shied away from making the hard plays. Unfortunately, that tenacity came with a price. Shaw has a lengthy record of injuries to go with his 247 NHL points (116G-131A), and two Stanley Cup rings. Doctors strongly recommended the 29-year-old native of Belleville Ontario, who logged ten seasons at hockey’s top level and three in the Ontario Hockey League retire due to his history of concussions.

“Thank you for giving a Mutt a home.”

For all his accomplishments, Shaw ranks among the Niagara IceDogs most respected alumni.

“I gave everything I had every night for you, and you are the reason this was one of the toughest decisions in my life.”

An eleventh-round choice (215th overall) by the IceDogs in the 2007 OHL Priority Selection; Shaw appeared in 124 career games with Niagara. Before finishing his OHL career with the Owen Sound Attack in 2011, winning a J. Ross Robertson Cup, and Ed Chynoweth Award as the Memorial Cup’s leading scorer.

Truly one of a kind.

Thank you for your relentlessness, your laughs, your grit, your chirps, your energy, and your joy for the game.