Back in action against the Otters, in second to last game of 2019 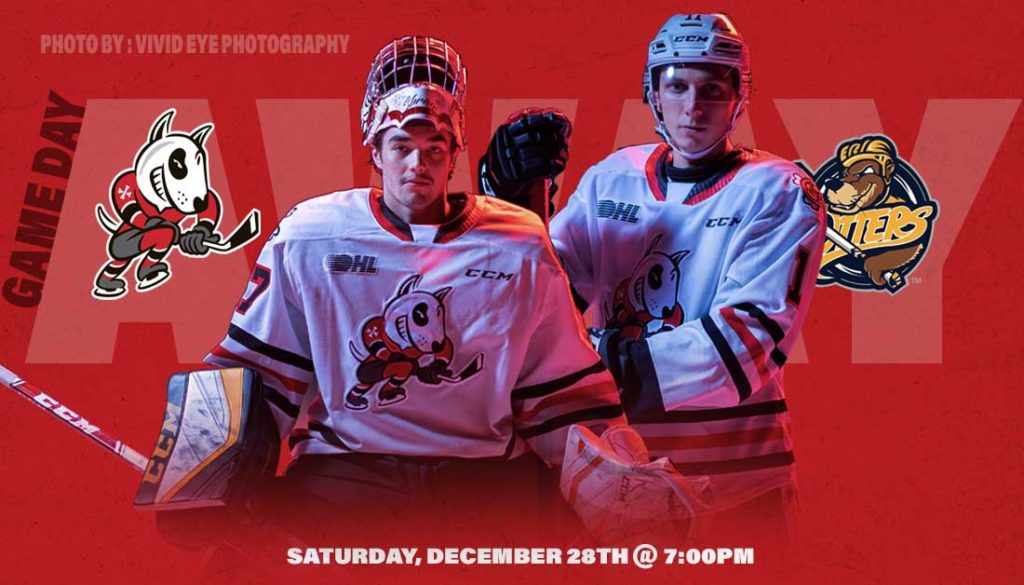 The Niagara IceDogs are back on the ice tonight, following the holiday break, as the team travels to Erie. Coming into this evening’s game, the IceDogs have wins in their last two consecutive games, a thrilling 6-5 win over the Sting and a huge 11-3 statement win at home against the Kingston Frontenacs.

The ‘Dogs were last on the road on December 4th, in Owen Sound, where the ‘Dogs picked up a meaningful point. They will be without Akil Thomas and Kyen Sopa, both of whom are representing their respective countries at the 2020 World Junior Hockey Championship. The Otters will be without defenceman Jamie Drysdale.

Tonight, Niagara is a facing a familiar foe. The ‘Dogs have played the Otters three times this season already. Erie got the best of Niagara in the first two, but in the third, the ‘Dogs pulled out an exciting 5-4 shootout win.

The IceDogs will be facing Maxim Golod, who is always a tough player to face. He has 4 points (2 goals, 2 assists). He currently leads the Otters with 40 points (13 goals, 27 assists). Chad Yetman follows Golod in Otters scoring with 35 points.

The IceDogs’ power play, which sits ninth in the league, will need to be sharp when they get the opportunity. Erie is the second least penalized team in the league with 109 penalty minutes. The Otters’ penalty kills ranks first with 84.4% efficiency. Comparatively, Niagara’s penalty kill ranks 15th with 75.6% success.

Goaltender Christian Sbaraglia has assumed the responsibilities of starting goaltender, and is showing that he is up to the task. Making 37 saves against the Frontenacs, he steadily supported the players in front of them as they scored double digit goals for the first time this season. Second year forward Jonah De Simone is starting to come alive as well. His two goal game before the holiday break helped him surpass his goal and point totals from last season.

The IceDogs are right back in action Tuesday, as they host the Peterborough Petes for the first time this season!

Tickets are limited, and starting as low as $15/person and can be purchased online HERE, or in person at the following locations: