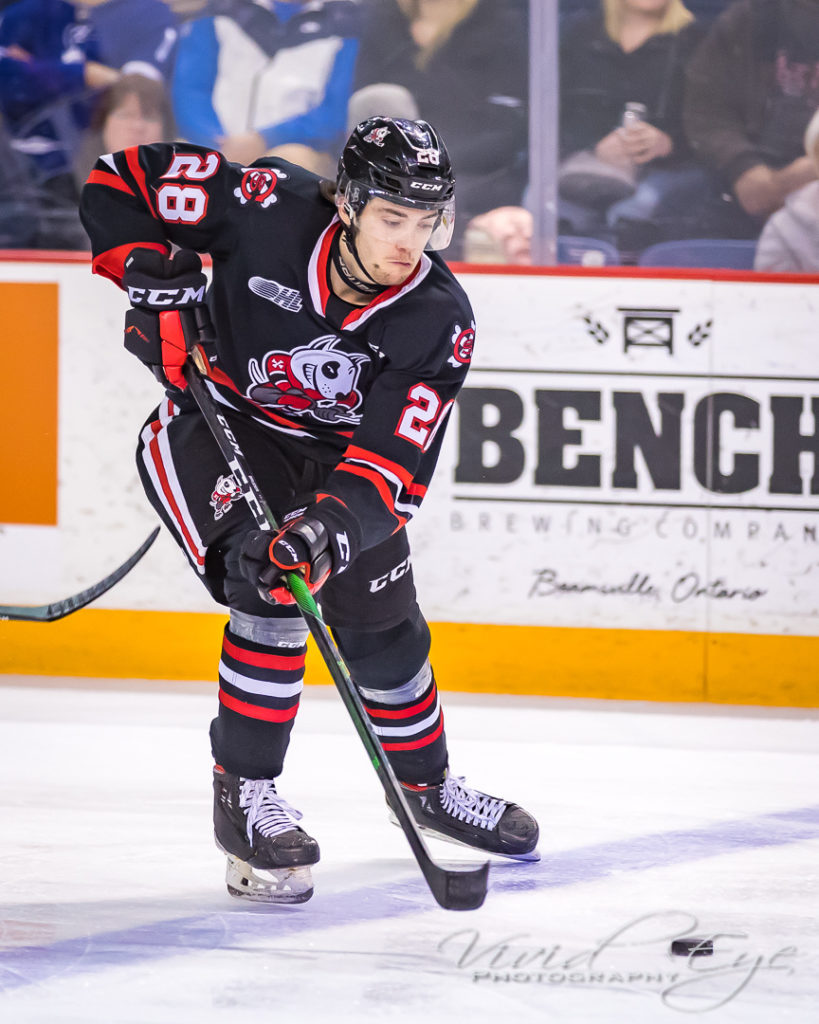 In the comfortable confines of the Meridian Centre home dressing room, Andrew Bruder reflected on a successful: but, perhaps, unlikely Ontario Hockey League career. The Woodstock, Ontario native defied the odds, by making the IceDogs’ roster as an undrafted free-agent invitee in 2017.

In the afternoon of Sunday, March 8th, the 19-year-old centre, skated in his 150th career regular-season game. An achievement that hasn’t  gone unnoticed by IceDogs’ Assistant General Manager Brandon Currie.

“We’re very proud of Andrew for achieving this milestone. It has been remarkable to watch his development from Junior ‘C’ to now. He has become an important member of our team, and has been relied on heavily this year in all situations. He has been a good leader for the younger players, as well.”

Through patience and hard work, Bruder has realized his dream of playing in the OHL.

“The journey was tough, but I worked hard to get here, and it’s a great accomplishment that I’ll remember for the rest of my life. I never thought it would happen but it did, and I’m proud of that.”

Bruder signed an Ontario Hockey League Standard Player Agreement on September 1st, 2017, and was believed to be a diamond in the rough. Since his first OHL Training Camp with the IceDogs, he has continued to improve each year. Following his first year in the league, he was invited to attend the Columbus Blue Jackets’ Development Camp. He has since become a stable and reliable presence in the middle six of forwards. Earlier in the 2019-20 season, he went on a tear, scoring highlight reel quality goals in key moments. He has doubled his point totals (24) this season from 2018-19 (12). Since the OHL Trade Deadline in January, he has been centring the top line.

The entire IceDogs’ organization would like to congratulate Andrew on this significant accomplishment!