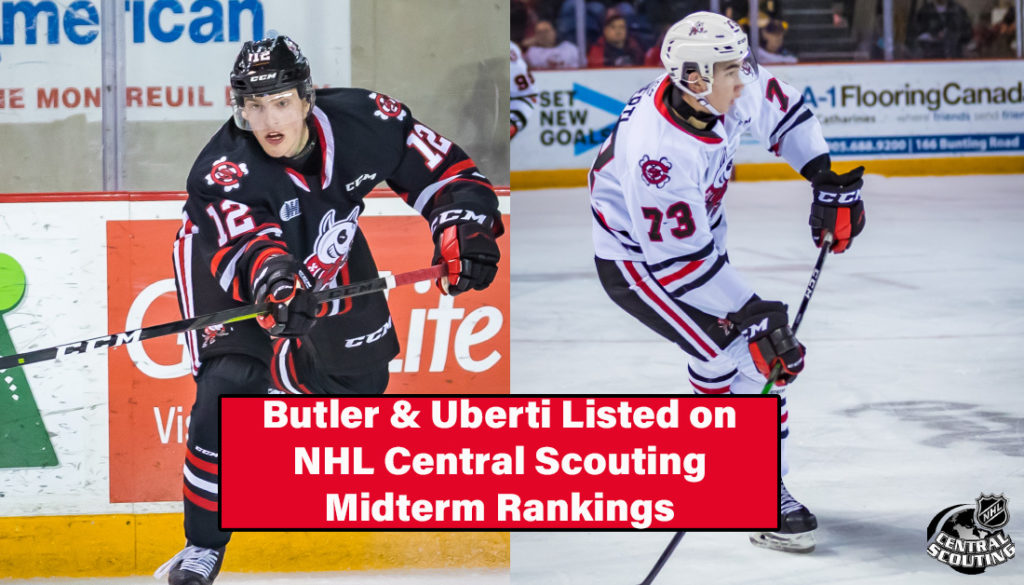 Butler, who was acquired from the Peterborough Petes on January 9th, has played in 3 games for the IceDogs. A former OHL 2nd round selection, Butler has 20 points on the season (12 goals, 8 assists). He is on pace for a career high in points, having totalled 46 in his first year in the league. He’s third in IceDogs scoring this season.

Uberti, a former 4th round pick of the IceDogs in the 2018 OHL Priority Selection, has already doubled his point totals this season, in 23 fewer games. his 10 goals, and 18 points is fourth on the team. Uberti’s highlight reel goal on January 5th against the Hamilton Bulldogs was the OHL’s Play of the Night.

It was a dog day afternoon for the @OHLIceDogs, but that didn’t stop Jake Uberti from finding the highlight reel for Sunday’s #BestOfOHL entry 📽 pic.twitter.com/AAzyPiz2VQ