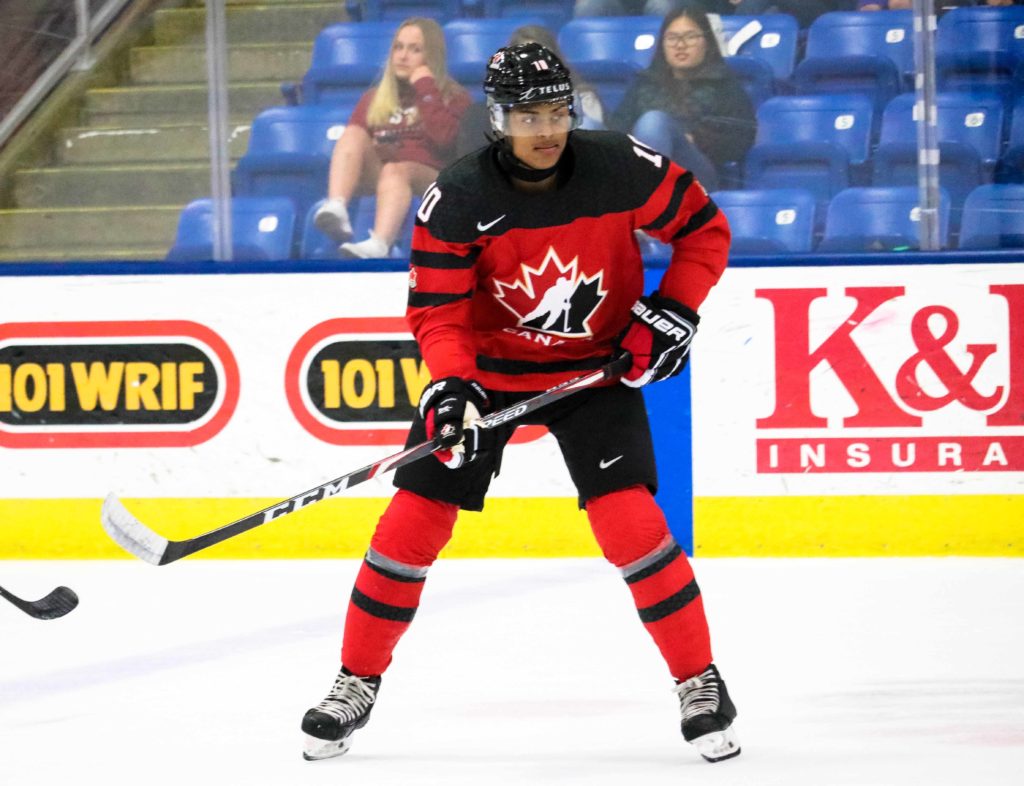 Twenty-four players, including Niagara IceDogs captain Akil Thomas, have been selected to continue with Canada’s National Junior Team on the road to the 2020 IIHF World Junior Championship in Ostrava and Trinec, Czech Republic.

The roster – which includes three goaltenders, seven defencemen and 14 forwards – was chosen following the four-day Sport Chek Selection Camp in Oakville, Ont., that included a pair of exhibition games against a team of U SPORTS all-stars.

“As with every year, there are difficult decisions to trim down our roster, but ultimately we believe this group will give us our best shot at a gold medal,” said Shawn Bullock, director of men’s national teams with Hockey Canada. “We will continue the process of building our team, and we look forward to an exciting World Juniors.”

Canada’s final 22-player roster does not need to be officially submitted to the International Ice Hockey Federation until Dec. 25.

The puck will officially drop on Boxing Day when Canada takes on the United States at 1 p.m. ET/10 a.m. PT, followed by games against Russia, Germany and the Czech Republic to round out preliminary action.

TSN and RDS, the official broadcasters of Hockey Canada, will once again provide wall-to-wall game coverage and analysis throughout the tournament, including Canada’s two pre-tournament games on Dec. 19 against Switzerland and Dec. 23 against Finland; check local listings for details.