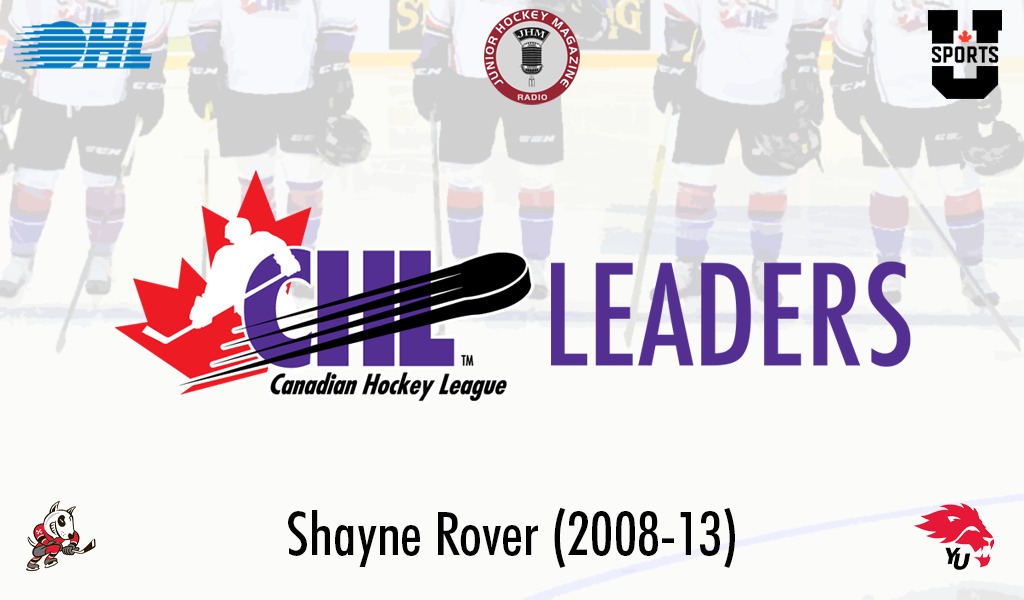 Shayne Rover may understand the value of education more than most.

Following part of seasons in the Ontario Hockey League spent with the Niagara IceDogs from 2008-13, the former junior hockey defenceman knew he needed to get an education, electing to attend York University where he obtained a bachelor of science in kinesiology while also suiting up for the varsity Lions for five seasons.

Today, Rover is aiding the next generation at Toronto’s Crestwood Preparatory College where he teaches science and physical education.

“It is my second year there and I really enjoy it. I am helping with the coaching, the hockey and rugby programs. It is a lot of fun to give back,” Rover told Junior Hockey Magazine as part of its CHL Leaders segment. “I see a lot of myself in some of these kids and it is fun to try to help them along the way in their journey and see if they can reach their full potential, especially at a school that is as athletic as ours is.

“Growing up in a house where my dad was a teacher, I always saw it as a noble profession and one that he really enjoyed. I enjoyed seeing him make a difference in the lives of so many young people so I saw that as something that I wanted too.”

In all, it’s an opportunity that became possible thanks to Rover’s many seasons in the junior rinks that prepared him for a lifetime of success.

“The people that I was friends with in Niagara were all the same age as me and were all really strong students who really cared about the academic side of things too. You learn how to use your free time to work toward a goal, whether that goal is playing hockey or doing well academically,” recalled Rover, also emphasizing the invaluable CHL scholarship program. “Getting to university and knowing that I was going to be able to focus on class and not have to borrow money or work long hours, it was nice to be able to enjoy my university experience and not worry about the financial side.”