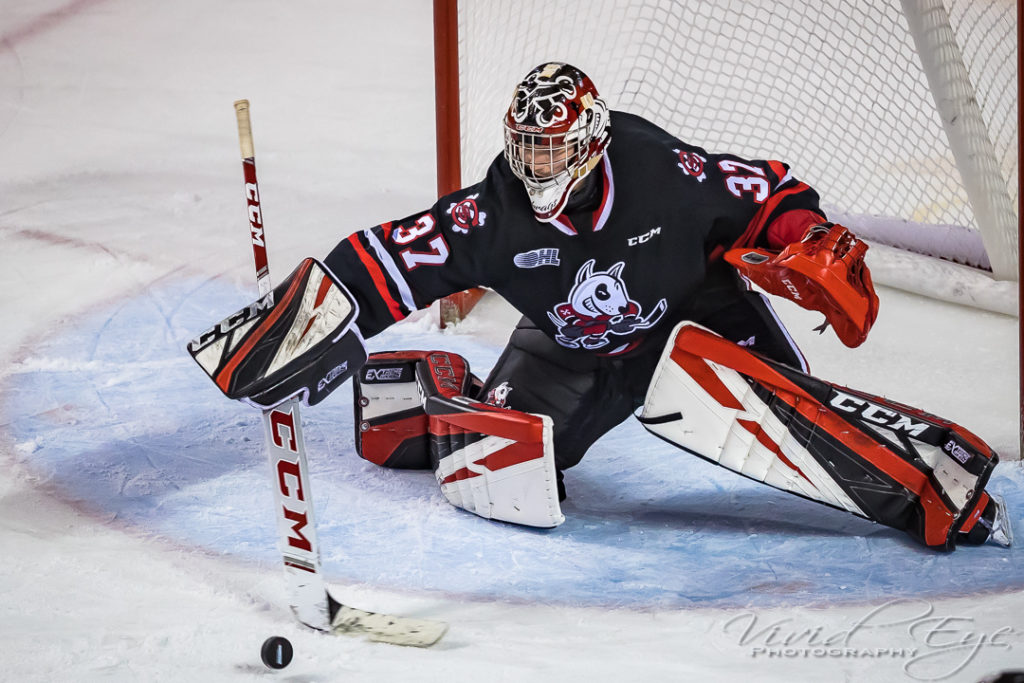 The IceDogs were on the road Sunday afternoon to face the Peterborough Petes. Adrien Beraldo and Cameron Butler were facing their former team, and both players got the start in the matinee. Playing in their third game in as many nights, the ‘Dogs were looking to channel their last gusts of energy for the weekend into the game. The Petes entered this game third in the Eastern Conference, while the ‘Dogs were in seventh.

The ‘Dogs were without Ivan Lodnia, Jake Uberti, and Ethan Sims against the Petes. Adrien Beraldo left the game midway through after a hit in front of the net.

Niagara came out flying in the first period, getting the first five shots, and the first power play. With the man advantage just over six minutes into the game, the IceDogs took advantage. Oliver Castleman scored his 18th goal of the season, picking up the loose puck in front of the net and tapping it into the net.

Why doesn’t anyone believe us when we say the front of the net is Oli’s 🏰? @OliverCastleman | #IceDogspic.twitter.com/f8ZwVTVhxM

The Petes tied the game up on a power play of their own. The Petes pressured in the bac khalf of the period, but the ‘Dogs showed strong compete blocking shots, and forcing turnovers. Castleman, Cameron Peters and Butler had three good scoring opportunities, off odd man rushes into the offensive zone, but couldn’t get the puck past the netminder.

Peterborough scored four consecutive goals. Cameron Snow released a precise shot from the blueline that beat the goaltender to get the ‘Dogs back into the game. Andrew Bruder picked up his second assist of the night on Snow’s goal.

The Petes outshot the IceDogs 58-16, and outscored them 9-2 in the final game of the weekend.

The IceDogs return home on Thursday, January 23rd,  to faceoff against the Mississauga Steelheads. Tickets are starting as low as $15/person and can be purchased online HERE, or in person at the following locations: