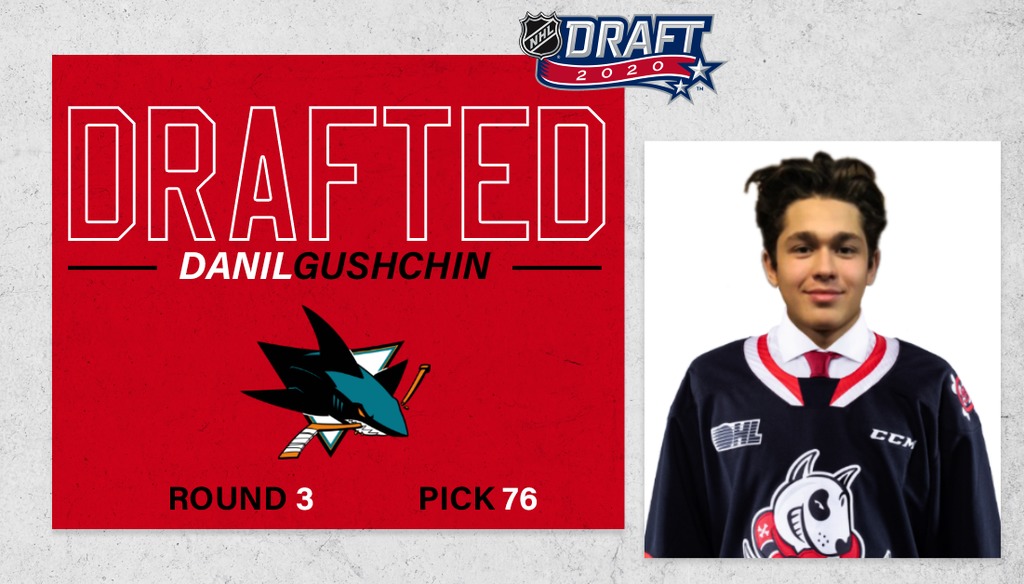 Danil Gushchin became the newest member of the San Jose Sharks, after being selected in the third round (76th overall) on October 7th.

Congratulations to #IceDogs forward Danil Gushchin for being selected by the @SanJoseSharks!#NHLDraft | #SJSharks pic.twitter.com/rP1r51U14f

Gushchin was selected by the Sharks after the 5’08, 165lb left winger put up 22 goals and 25 assists, for 47 points in the 2019-20 season with the Muskegon Lumberjacks, setting career highs.

He scores his FOURTH of the game, wins it in OT & might have the goal of the year all in one play!

Following his second season in the USHL, Gushchin has committed to the IceDogs after being drafted 4th overall in the 2020 CHL Import Draft.

“This guy is unbelievable, his mitts are silky smooth”

We have a lot to be excited for, @SanJoseSharks 🎉#SJSharks | #NHLDraft