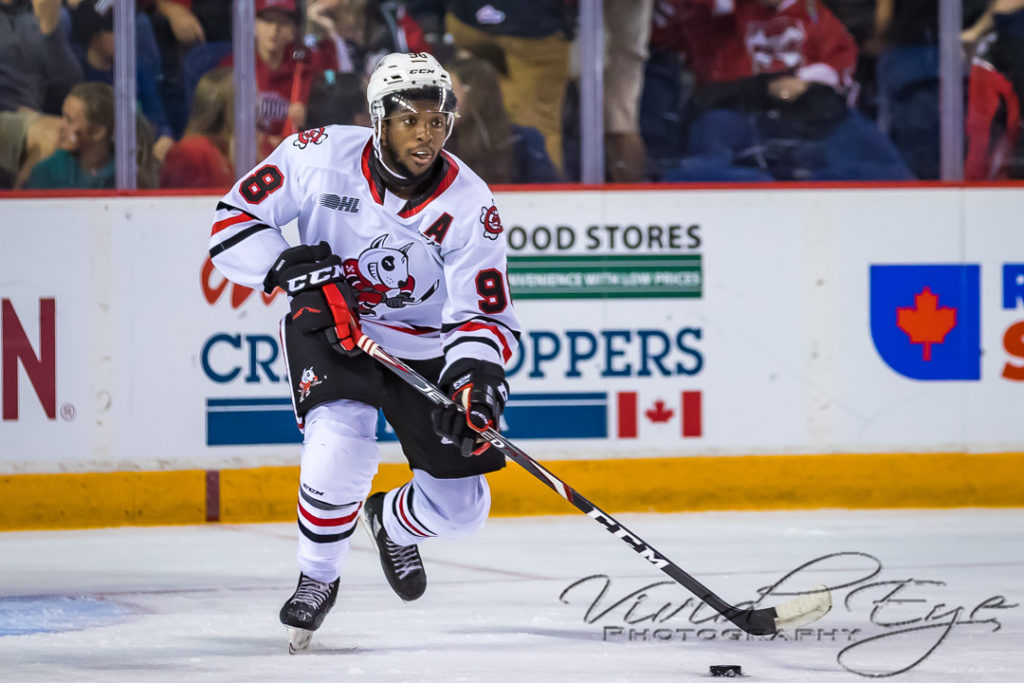 The Niagara IceDogs closed out the 3-in-3 weekend down the QEW against the Hamilton Bulldogs. The season series was tied at 2 wins each coming into today.

The IceDogs line up saw the return of Isaac Enright, who missed the previous 5 games due to injury on January 19th. Niagara was without Jackson Doherty, Ivan Lodnia and Ethan Sims.

The opening period was busy, with eight goals scored, although frustrating. The Bulldogs and IceDogs were tied in shots on net through 20 minutes, with 12 each, but the puck wasn’t bouncing in the IceDogs favour. Breaking the first period scoreless streak, positives came when the IceDogs scored twice. Isaac Enright tied the game at 1 with his first OHL goal early in the game.

Someone grab that puck!

Then, Jake Uberti’s 12th of the season came on the power play to bring Niagara within two.

Andrew MacLean replaced Christian Sbaraglia in net midway through, and Cameron Peters left the ice twelve minutes into the game after being hit from behind.

The Bulldogs scored two goals, despite the IceDogs outshooting them 10-5 in middle frame. Niagara continued to outshoot Hamilton in the third period, and eventually, some of the shots translated into goals. AJ Cook and Elijah Roberts went streaking into the offensive zone on a 2 on 1, and Roberts finished the play, scoring his first goal of the season!

Four minutes later, Cook and Roberts were sprung on a 2-on-0 into Hamilton’s zone. Cook did a great job of pulling the goaltender from his net, and Roberts batted the puck into the empty net, scoring his second of the game.

🐶 4 | 9 🦴#IceDogs goals are powered by @GetMammothpic.twitter.com/t9OBFEwlPf

The ‘Dogs were spurred by Alternate Captain Roberts’ goals, as they poured seven more shots on net in the final minutes of the period. They were unable to get another past the goalie. Hamilton took the game 9-4. The IceDogs outscored the Bulldogs 36-27 in the game.

Niagara returns home on Tuesday, February 4th to face-off against the London Knights. Tuesday’s game will be the make up game for the December 12th game that was postponed.