Enright learning the ropes to a higher level of play 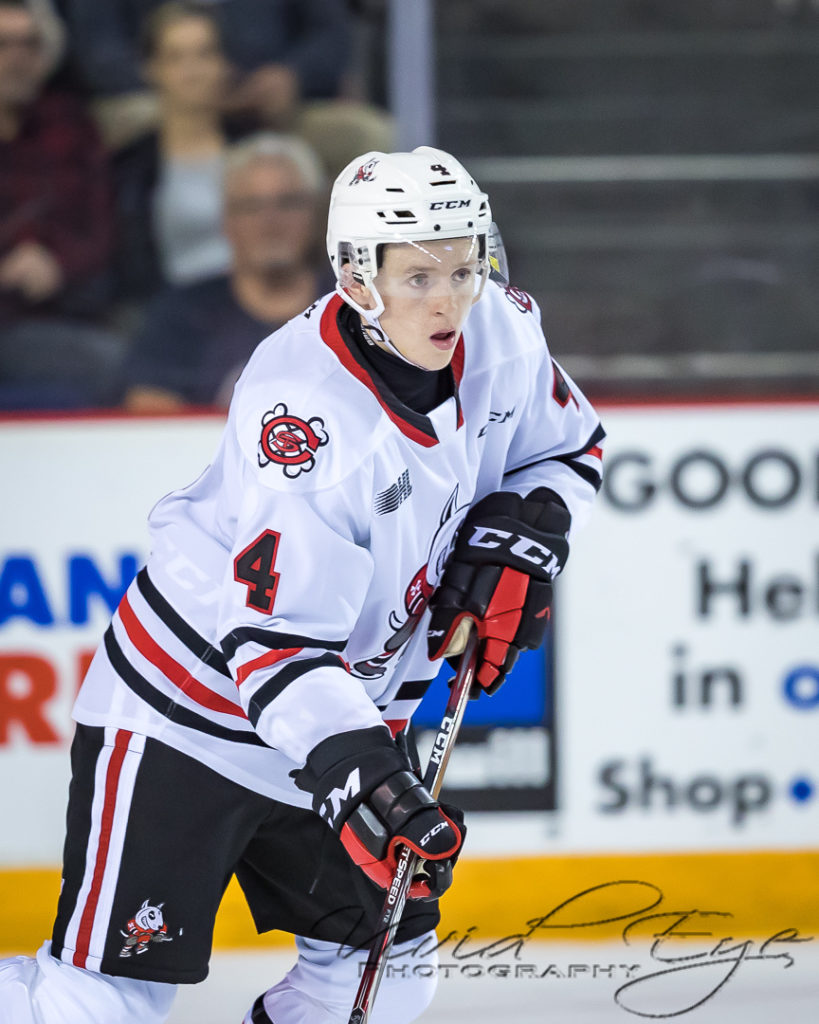 Rookie first-round pick Isaac Enright is only seven games into his Ontario Hockey League career but his teammates and coaches agree that he shows maturity beyond his years.

“He’s incredibly mature and physically developed for his age. He certainly is going to be a great player for us for many years” commented Niagara IceDogs’ Head Coach Billy Burke on the organization’s top pick in the 2019 OHL Priority Selection (17th overall).

While expectations for first-round selections are high, Enright doesn’t feel the outside pressure. It’s these comments that have the Cobden, Ontario native feeling right at home, despite adjusting to life away from the Ottawa Valley.

Going to a team that valued him enough to use a first-round pick in selecting him, boosted Enright’s confidence, making his adjustment to a higher level of play and the Niagara Region easier.

“It’s an unbelievable feeling,” said Enright. “It just shows how highly they think of me, just knowing that they appreciate me, that helps me to just focus on my game and encourages me. The coaching staff in Niagara, they’ll always support me. They have my back; they just want the best for me.”

Taking everything in stride has helped in earning the trust of his head coach, who elected to pair Enright alongside experienced blueliner and over-age player Elijah Roberts.

Despite limited action together, the 6-f00t, 170 pound Enright continues to impress his defensive partner.

“He’s a real mature kid,” said Roberts. “I think he’s a little bit ahead of where his game should be for his age. He works hard in practice. You can tell he wants to get better.”

The young rearguard has established an excellent rapport on and off the ice with the veteran and the two have become more than just defensive partners on the ice. They’re friends off of it. The pair attend church together on Sunday mornings, text frequently and play video games whenever they can.

Roberts, who boasts 256 career OHL regular season games to his resume is relishing in the mentorship role. “I’m giving him tips on the ice. I want to help him be a good man, and a good player.”

In seven games, the IceDogs have managed a (3-2-1-1) record and find themselves in the mix in the Central Division. Roberts has contributed to the team’s success with three assists and Enright has added a helper of his own.

This is a partnership Niagara fans hope will continue to grow as the season wears on.