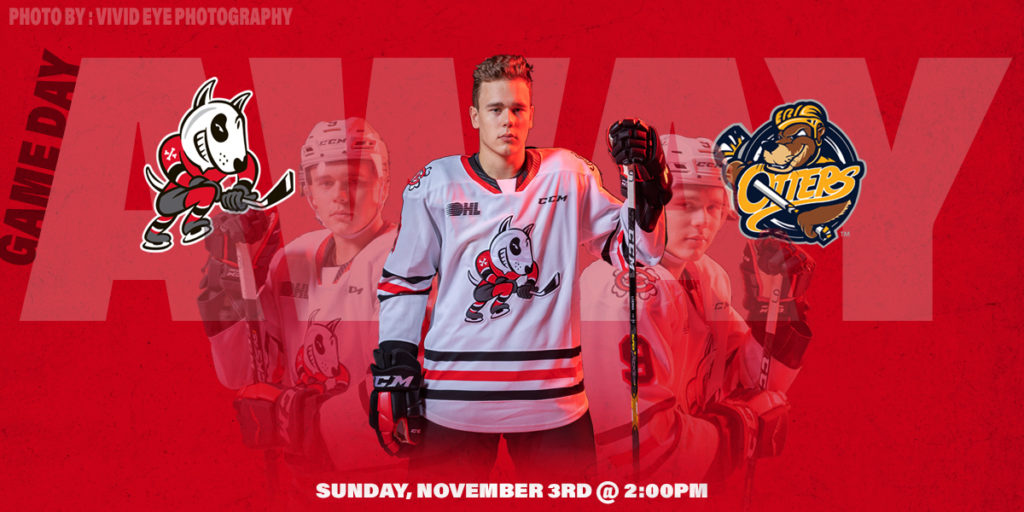 The ‘Dogs are headed south of the border! This afternoon’s matinee is the final of this weekends’ three in three, and the second game this season against the Otters. Although Niagara is likely to be without overage defenceman Elijah Roberts, who left last night’s game with an injury, the IceDogs young defence corps, led by second year blueliner Mason Howard, will gain valuable experience logging more minutes against a good Erie team.

Niagara will be facing two former IceDogs, in overage players Danial Singer and Drew Hunter. St. Catharines native, Singer has 1 goal and 2 assists in 6 games against his former team. In 66 games with the Otters, he has 20 goals, and 13 assists, and is being utilized to help guide Erie’s young guns, like Connor Lockhart and Jamie Drysdale, as they continue to develop following a few years of rebuilding.

Ivan Lodnia, a former Otter, returns to Erie for the third time, since being traded to Niagara, in exchange for Danial Singer. Against the Otters, he has one assist. Logging heavy minutes on the IceDogs’ top line and special teams, Lodnia is facing all situations as he helps lead a core rebuilding forward group.

This afternoons’ game will be broadcast live on YourTV Niagara, OHL Live, Newstalk 610 CKTB. Live updates will be provided on the IceDogs’ twitter page.