Fifth Round Selection Ryan Struthers Commits to the IceDogs 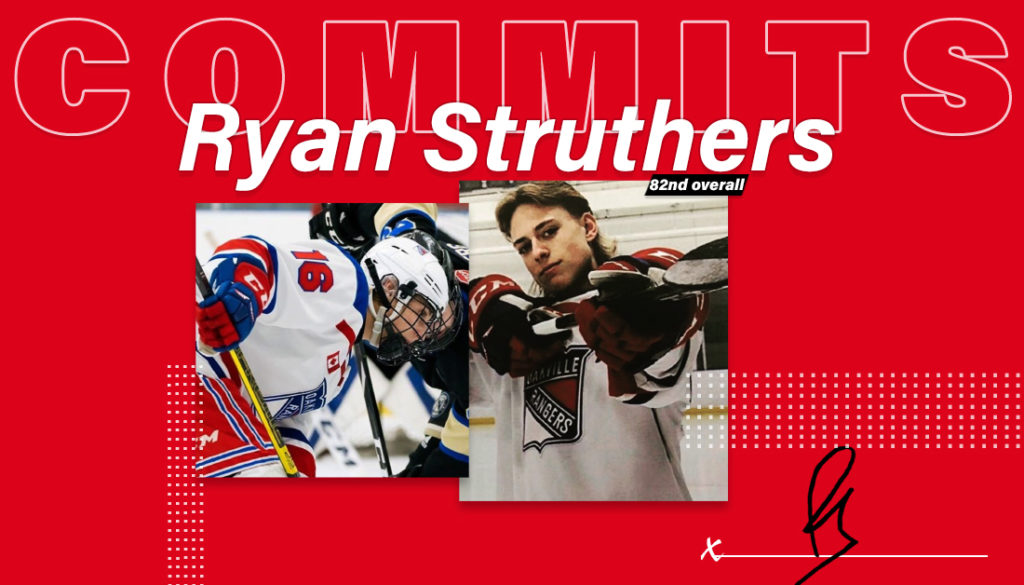 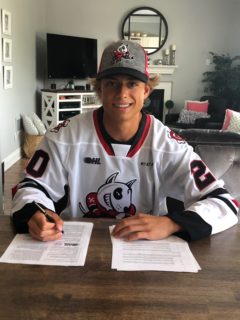 The 6’0″ centreman played the 2019-20 season with the Ontario Minor Hockey Association’s (OMHA) Oakville Rangers U16 AAA. He played one game with the Rangers U18 AAA and the Ontario Junior Hockey League’s (OJHL) Oakville Blades this past season.

In 29 games played, the Milton born 16-year old has scored 13 goals, collected 17 assists, totalling 30 points. In the 2019-20 season, he was named an Alternate Captain. He helped the Oakville Rangers finish third in the OMHA playoffs, and was preparing for a wild card game to secure a spot in the 2020 OHL CUP when the season came to a close.

Struthers’ speed and creativity is what makes him an impactful forward.

IceDogs fans will be familiar with the Struthers name. Ryan’s is the younger brother of Matthew Struthers, who recently concluded a 5-year Ontario Hockey League career split between the Owen Sound Attack and North Bay Battalion.

General Manager Burke announced the signing today, saying “This is another exciting addition for us. Ryan does everything at a fast pace and is one of the better skaters from this April’s draft. He just adds to our already great 04 depth. We were shocked and thrilled to get him in the 5th round”.

“He was a personal favourite of our SCTA scout Matt Milne’s all season” added Burke. “Ryan has a bright future with us in Niagara!”

“I couldn’t be more excited to sign with such a storied organization”. Said Struthers. “I’ve worked hard to get to this point but this is just the beginning. The real hard work starts now. Over the last couple of years, watching my brother play at the Meridian Centre, including a playoff series, the fans and atmosphere are like no other. I can’t wait to get going and play in front of the best fans in the OHL”.

The Niagara IceDogs Hockey Club would like to congratulate Ryan on this accomplishment, and look forward to welcoming him at training camp.