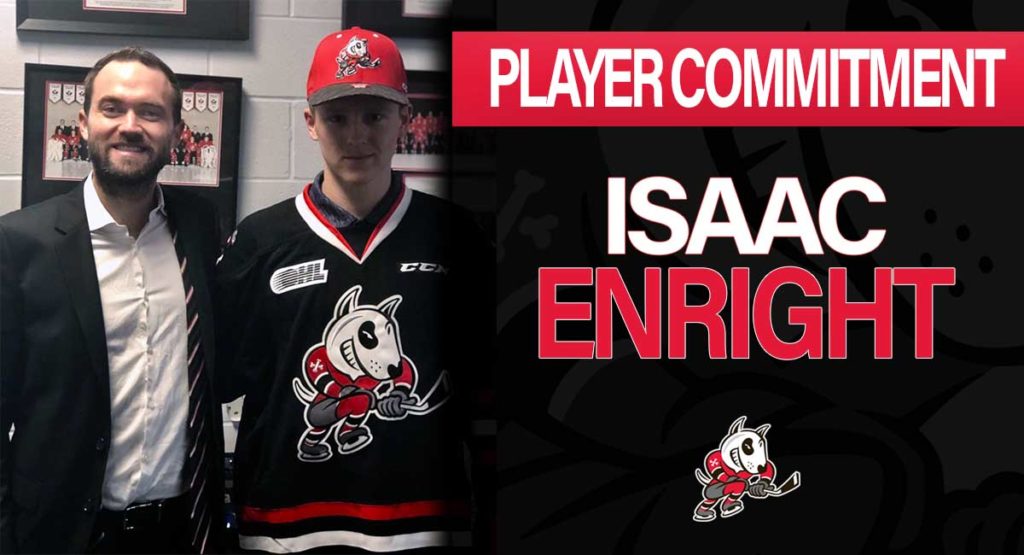 “This is an extremely exciting day for Niagara IceDogs Hockey! Isaac is a player we never expected to be there for us at 17th overall, and we couldn’t have been happier he was. This signing starts the process of immediately rebuilding our back end, and gives us one of the best, most complete 2003-born defenceman in the country.  Isaac is a player who is as smart as they come. He combines quick decision making abilities with excellent feet, work ethic and all the tools to succeed at our level. Isaac has great character off the ice and I know this is a great fit for us here in Niagara. I can’t wait to get going in September!”

Enright, a 16 year old, 170-pound defenseman showed his offensive capabilities with 28 points over 41 games, while steadily defending his team to an HEO Championship. He also represented Ontario at the Canada Winter Games this past February.

Enright, who will be representing Team HEO at the upcoming OHL Gold Cup, says he’s “very excited to officially be part of the icedogs family! Can’t wait to see what the future has in store”.

Fans can look forward to watching Isaac on the IceDogs blueline this upcoming season.