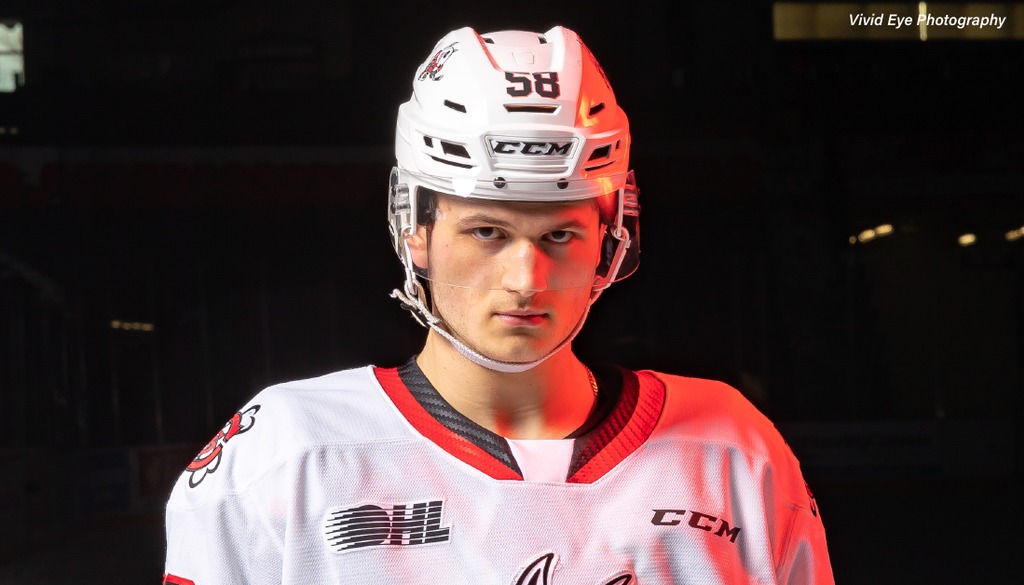 Many Ontario Hockey League players have difficulty acquiring even one hockey scholarship to an elite-level USports program. Defenceman, Adrien Beraldo, had a different dilemma. He did not know how to sort through the many offers he received from Ontario universities. Confronted with the textbook definition of a nice problem to have, he turned to teammate Elijah Roberts.

Roberts did not hesitate to recommend Ryerson, his current program and one of the schools that wanted to recruit Beraldo. For his part, Adrien jumped at the chance to join his former Niagara IceDogs’ teammate.

“Through this whole process, Ryerson was one of the schools that reached out fairly early. I contacted Elijah and asked him about the program, how they treat the guys, pretty much every question you would ask if you’re going to school or even coming to play in the OHL. We talked about how the coaching staff is, training, facilities, how the school workload is. He was great throughout, helping me out. He obviously played a part in my decision,” Beraldo said, describing his recruitment.

“There’s someone in the locker room that I am already comfortable with and played a season with. There is some chemistry there. I know how he plays. We have a feel for each other that will help break the ice,” he continued discussing his relationship with Roberts.

Elijah is currently enrolled in Ryerson’s Art and Contemporary Studies program has plans to transfer into the RTA Sport Media program. He believes Beraldo can make an immediate impact, both in the classroom and on the ice. At 21, Adrien has a high-level knowledge of financing and stock markets. He is pursuing a Bachelor of Commerce at the Ted Rogers School of Management. On the ice, the left-shot blueliner appeared in 45 games with the IceDogs after being acquired from the Kingston Frontenacs in November 2019. Prior to that, he skated with the Peterborough Petes.

“When you join a team where you don’t really know anyone it can be tough, for me even going into my first year technically to have those guys coming in, it’s pretty cool. For them [Beraldo and Doherty], they don’t really know what they’re getting themselves into and to have someone that they played alongside for a year should make things a little more comforting. I know they’re both really good guys to add them to our team is cool.”

In addition to the support the Rams provide to their men’s hockey team on the ice, academics are also a significant focus to the program. “It’s important to stay on top of your assignments make sure you’re getting things in right away. The team is really good with if you need help or tutoring they’ll get it for to make sure you’re not just passing but getting the grades that you want to get.”

In Niagara, the Stoney Creek native collected memories to last a lifetime. “My first home game I remember it play-by-play, scoring a goal and then setting up the overtime winner. The fans are amazing, the city of St. Catharines is great, the coaching and training staff, everyone I just loved it,” Beraldo recalled.

Adrien, who netted career-best numbers with the IceDogs, scoring five goals and 18 assists is set to join incoming commit Jackson Doherty, and fellow Niagara alumni, Zach Shankar, and Hayden McCool on the Rams’ 2021-22 roster, in addition to the aforementioned Roberts.

“Adrien was highly sought after and for him to end up in Toronto with Elijah and our other alumni it’s incredibly exciting,” IceDogs’ General Manager Joey Burke said. “I know he’ll thrive and love it there.”

Beraldo is set to do just that. His connections to the IceDogs family have already helped him. 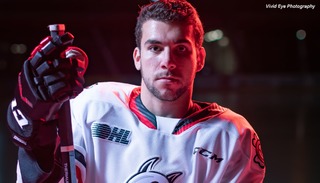 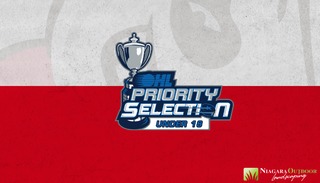 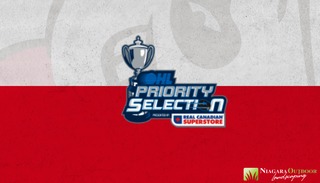 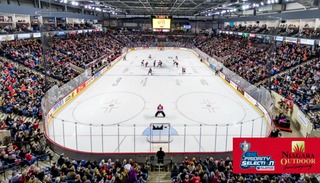