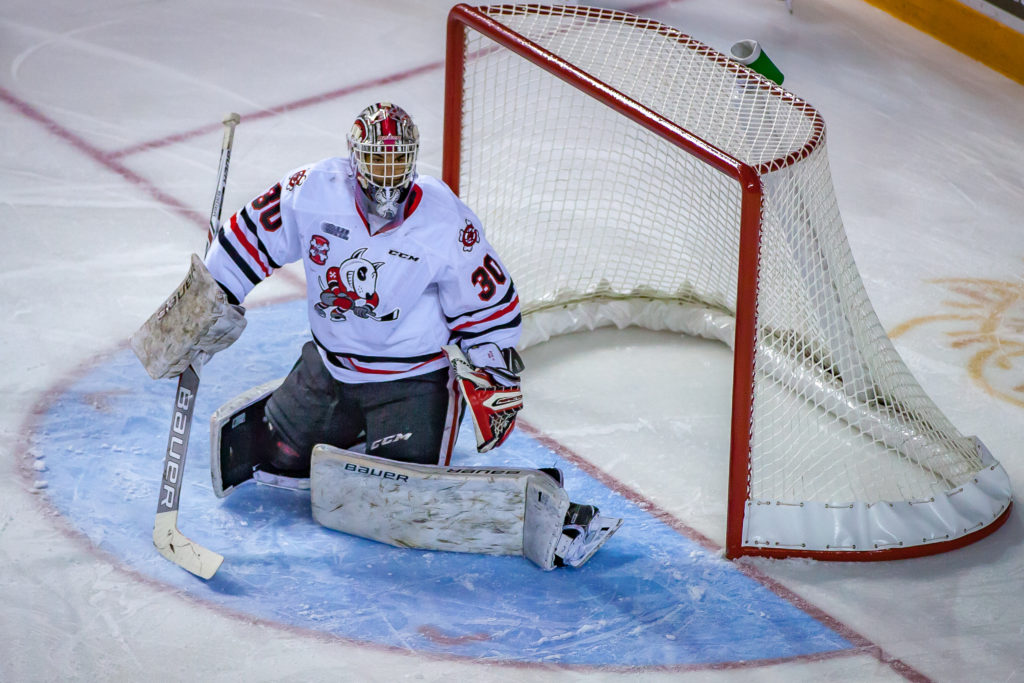 The Niagara IceDogs won the first of a home and home against the Barrie Colts with a 7-2 score. The ‘Dogs hosted a Stan Mikita night, honouring the great hockey player with a puck drop featuring two former linemates and a banner raising at the beginning of the game.

Akil Thomas scored first to kick off the game, assisted by Kyen Sopa and Ivan Lodnia. After three minutes, he netted his second goal, with Lodnia picking up his second assist. Oliver Castleman scored towards the end of the period on the powerplay, assisted by Lleyton Moore and Billy Constantinou.

The Colts scored in the beginning of the third, but that didn’t hold the ‘Dogs back for long, with Maksi scoring the seventh goal and the assist later getting credited to Jones. Barrie scored to cap off the game, leaving it at 7-2.

The ‘Dogs next home game is on Thursday Oct. 18th against the Ottawa 67s, our first match-up against them this season. Take advantage of our $10 Fall Thursday deal! For every Thursday night game in October, November and December, we are making hockey more easily accessible with $10 tickets in our Value section (sections 108-111)!

We also play the next night, the 19th, against the Windsor Spitfires. Our game against Windsor will be our first themed game of the season! The ‘Dogs will be wearing superhero jerseys, which will be auctioned off live postgame with all proceeds going to FACS Niagara.