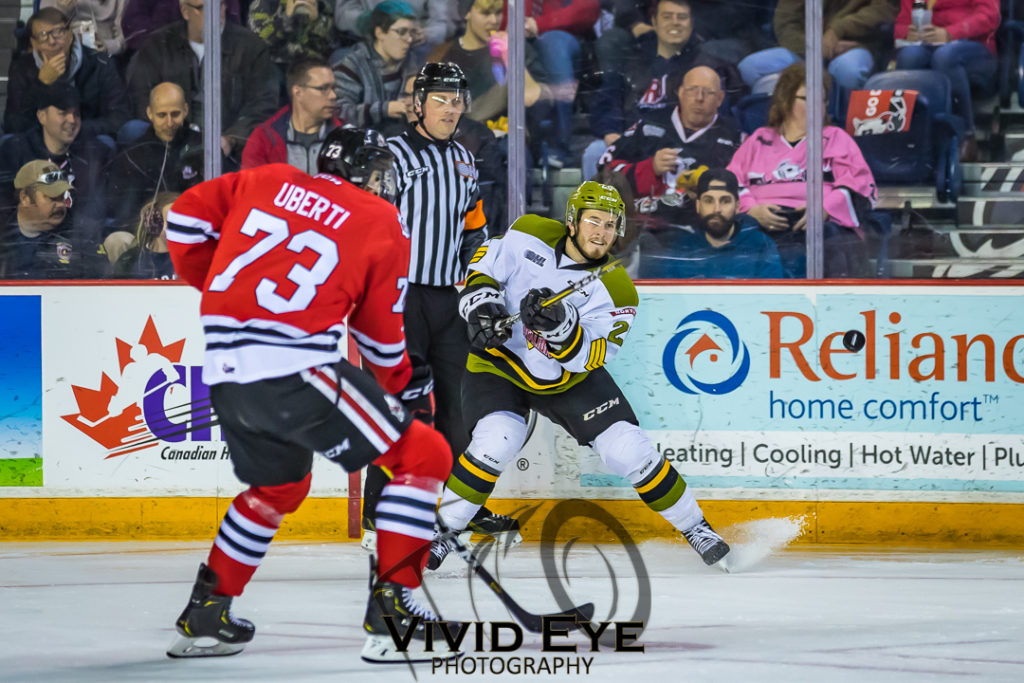 The IceDogs returned to action Saturday evening for Game Two against the Battalion. Following a successful first game win to take the series lead, the Niagara faithful packed the Meridian Centre to cheer on their team.

The Battalion scored two quick goals in the first period to carry a 2-0 lead into the first intermission. 2 minutes into the second, Akil Thomas got the ‘Dogs on the board off a beautiful toe drag move to roof the puck! Thomas’ first of the playoffs was assisted by defenceman Daniel Bukac. Just over two minutes later, the ‘Dogs were deep in the offensive zone when Ben Jones redirected a shot from Matt Brassard into the net to tie the game up at 2! The Battalion scored two more goals in the second period to lead 4-2 after two periods.

The IceDogs had several close calls in the third period, including one goal that was taken back by the refs due to a blown whistle. The Battalion added an empty net goal to win Game 2 by a score of 5-2.

The ‘Dogs are back in action on Tuesday in North Bay for Game Three.

Tickets to Game Five, on Friday March 29th are now available! Tickets can be purchased online HERE tonight, at 10:30pm!

Beginning Monday morning (March 25th), tickets will be available for purchase online and in person at the following locations: