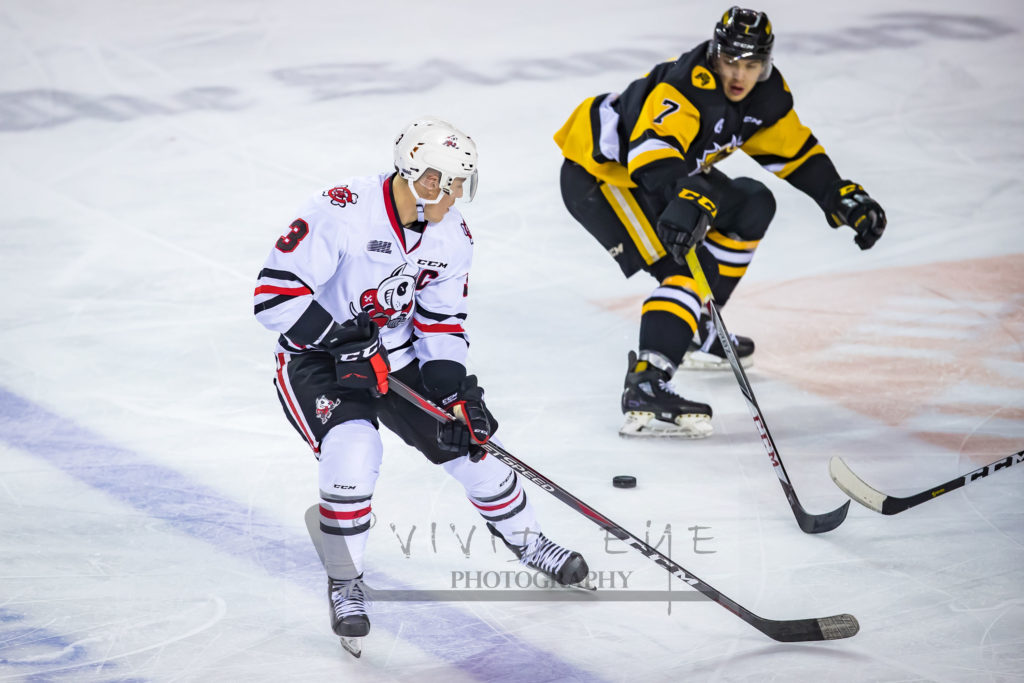 The IceDogs were back in action Saturday afternoon against the Bulldogs, in Hamilton. The IceDogs enter this game following a 6-2 defeat over the Barrie Colts last night.

Hamilton jumped out to a 2-0 lead in the first period.

Early in the third period, Jason Robertson potted his first goal as an IceDog beating the goaltender on a soft shot. Captain Ben Jones and Jacob Paquette picked up the assists. Hamilton scored two quick goals in the third period to take a 5-2 lead.

The IceDogs dropped this one to even the score in the K-9 Cup Challenge.

The ‘Dogs come back to town on Thursday November 29th against the Owen Sound Attack. The Shoebox Project will be taking donations at all entrances at the game. Bring new toiletries and other items to help provide for Niagara area women in need!