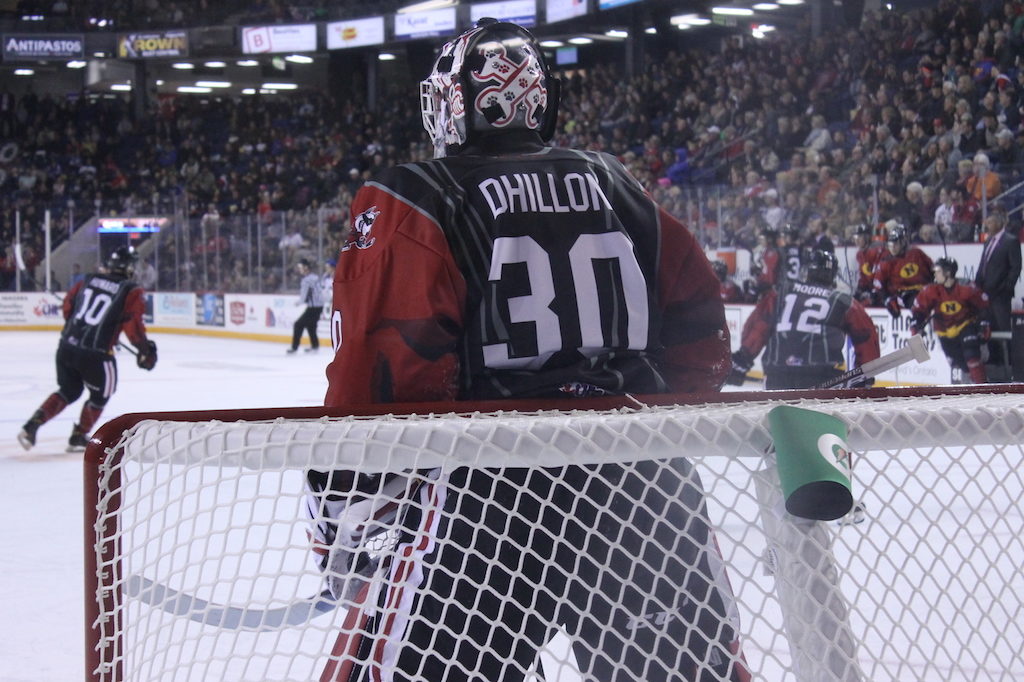 The Niagara IceDogs flew to a 4-3 win during our themed superhero night against the Windsor Spitfires! The ‘Dogs donned special superhero jerseys for the first time facing the Spitfires this season, in front of a sold out crowd.

Windsor scored first to kick off the game. Later in the first period, Billy Constantinou beat Windsor’s netminder off the top of the faceoff circle, assisted by Kirill Maksimov and Johnathon Schaefer.

In the second period, Akil Thomas picked up a pass from Kyen Sopa to briefly give us the 2-1 lead, with Constantinou getting the secondary assist. Windsor responded a few minutes later to again leave the period tied.

Akil Thomas scored for a second time to give us the lead again in the third, assisted by Maksimov and Ben Jones, giving Jones his 150th OHL point. Windsor responded and tied up the game once more. With less than two minutes left, Philip Tomasino scored the game winning goal assisted by Andrew Bruder, with the additional assist later getting credited to Bradey Johnson.

After a rare weekend off, the IceDogs play our next game at home on Wednesday, October 24th against the Peterborough Petes for our annual Halloween game! Costumes are encouraged, and kids will get to walk on the ice in a costume parade during the first intermission.

Remaining tickets can be purchased online HERE, or in person at the following locations: 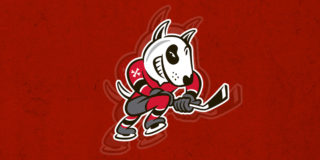