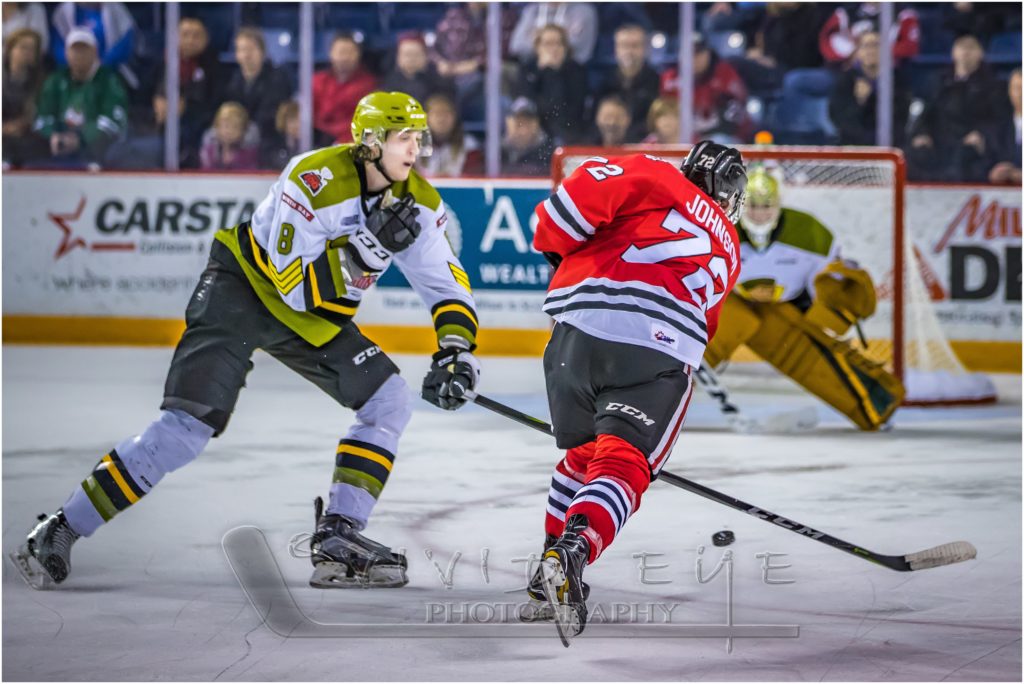 The Niagara IceDogs continue to dominate at home, beating the North Bay Battalion 6-1 to remain undefeated at home.

To kick off the game, North Bay Battalion scored first on the powerplay. Just a few minutes later, Kirill Maksimov scored to tie it up for the ‘Dogs with a wrister off the top of the faceoff circle. With the assist from Andrew Bruder, Maksimov continues his point-per-game streak for this season.

During the second period, Bradey Johnson beat the Battalion netminder high glove side to make the game-winning goal, assisted by Oliver Castleman and Ivan Lodnia. This marks his second goal in two nights. To score his first of the season, Castleman roofed it off a scramble in front of the net, assisted by Johnson and Philip Tomasino. Billy Constantinou backhanded it in from Tomasino for his first tally of the year, making it two goals in less than two minutes.

Lodnia kept up the scoring in the third by beating the sliding North Bay netminder gloveside while on a powerplay. Maksi and Jones provided the assists, continuing Jones’ own point-per-game streak this season. Towards the end of the game, Matthew Philip tapped in a Tomasino shot with the secondary assist going to Elijah Roberts.

The IceDogs took their third win of the season, second consecutive at home.

Home action continues Thursday night at the Meridian Centre against the Sudbury Wolves. Tickets can be purchased online HERE, or in person at the following locations: