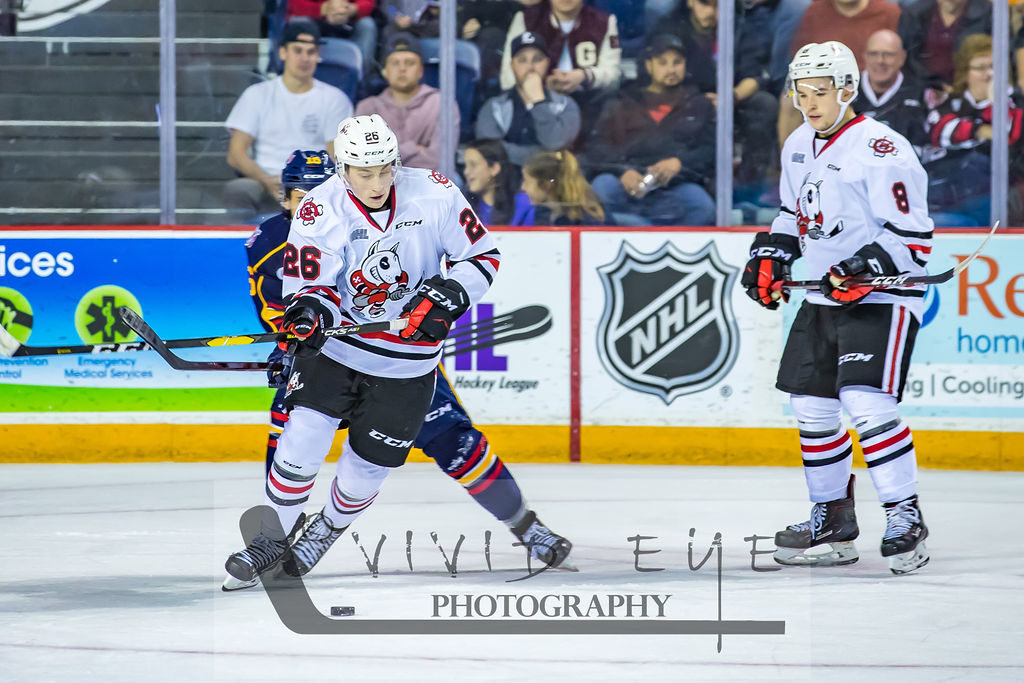 The Niagara IceDogs won 6-2 against the Barrie Colts in their third match-up this season.

New addition Jason Robertson fired a shot to Akil Thomas to start off the game. Thomas, in his return from a few games off, scored a goal five-hole! Phil Tomasino provided the other assist, extending his point streak to seven, and Robertson extending his point streak to nine. A few minutes later, Bradey Johnson picked up his own rebound and shot it to Sopa, who scored for the second goal of the night. The second assist went to Jacob Paquette, who got his first assist and point as an IceDog. Soon after the halfway point in the period, Johnathon Schaefer scored from the point by the blue line, assisted by Thomas and Robertson. A few penalties were doled out later, and the ‘Dogs got a fruitful five minute powerplay. Tomasino scored the fourth of the game, going in on a 1-on-2 after getting assisted by Sopa and Drew Hunter. Kirill Maksimov scored later in the powerplay, assisted by Robertson and Hunter for his through-the-slot goal.

The second period calmed down a bit. Barrie’s netminder batted the puck into his own net, giving the IceDogs their sixth goal of the night. Kirill Maksimov got credited with the goal and the assists going to Lleyton Moore and Jake Uberti.

The third period remained scoreless for the ‘Dogs, with Barrie scoring on two different powerplays to finish the game 6-2.

In their first game as IceDogs, Robertson and Paquette got their first points and also first assists for the team.

After visiting Hamilton tomorrow and playing the second game of the K9 Cup Challenge, the ‘Dogs come back to town on Thursday November 29th against the Owen Sound Attack. The Shoebox Project will be taking donations at all entrances at the game. Bring new toiletries and other items to help provide for Niagara area women in need!