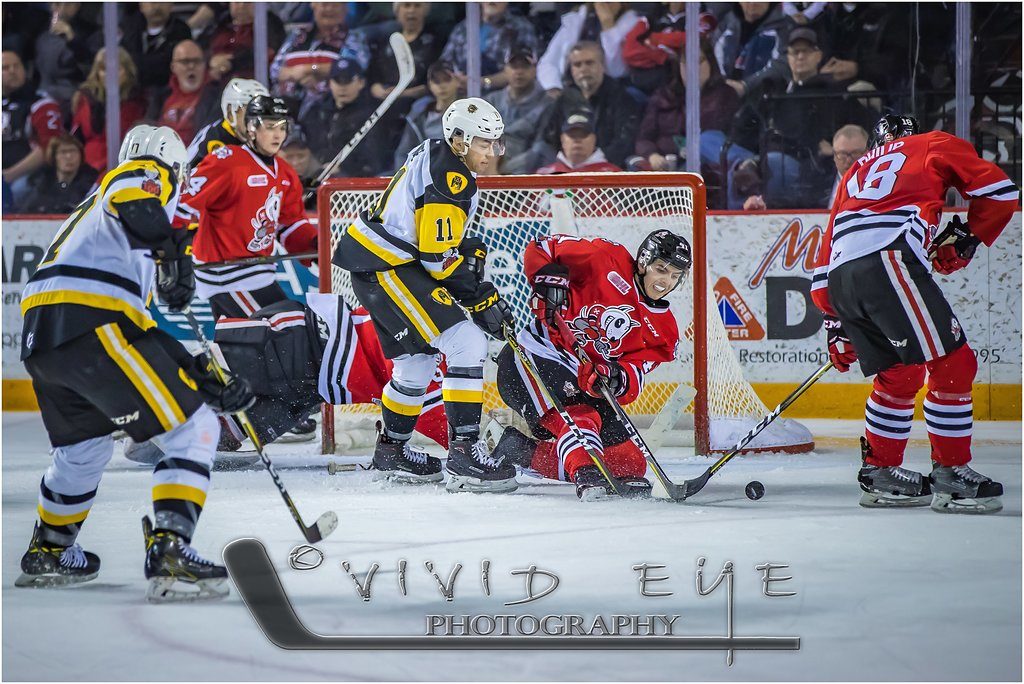 Hamilton scored on a powerplay to get the game going in the first period. Billy Constantinou made a shot off the top of the circle, directing it through the slot to Ben Jones, who tied it up 1-1. Ivan Lodnia then scored to get the 2-1 lead. Philip Tomasino and Kyen Sopa assisted the goal.

Jones scored his second goal less than 30 seconds into the second period on a breakaway. The assists went to Kirill Maksimov and Matt Philip. Oliver Castleman scored a powerplay goal soon after the end of a 5-on-3. The assists for that goal were credited to Lodnia and Drew Hunter. To finish off the period, the Bulldogs cut the lead in half to make it 4-2.

In the third period, Jones scored his third of the night, marking his first OHL hat trick! Maksimov assisted his goal. Hamilton scored to cut the lead to 5-3. After their goalie was pulled, Lodnia passed to Kyen Sopa who got the empty netter.

The ‘Dogs won the first game of the K9 Cup Challenge against Hamilton this season with a final score of 6-3.

After visiting Erie and Oshawa this weekend, the ‘Dogs come back to town on Friday November 23rd against the Barrie Colts. That game will be presented by Special Olympics Ontario, celebrating inclusion through the power of sport.