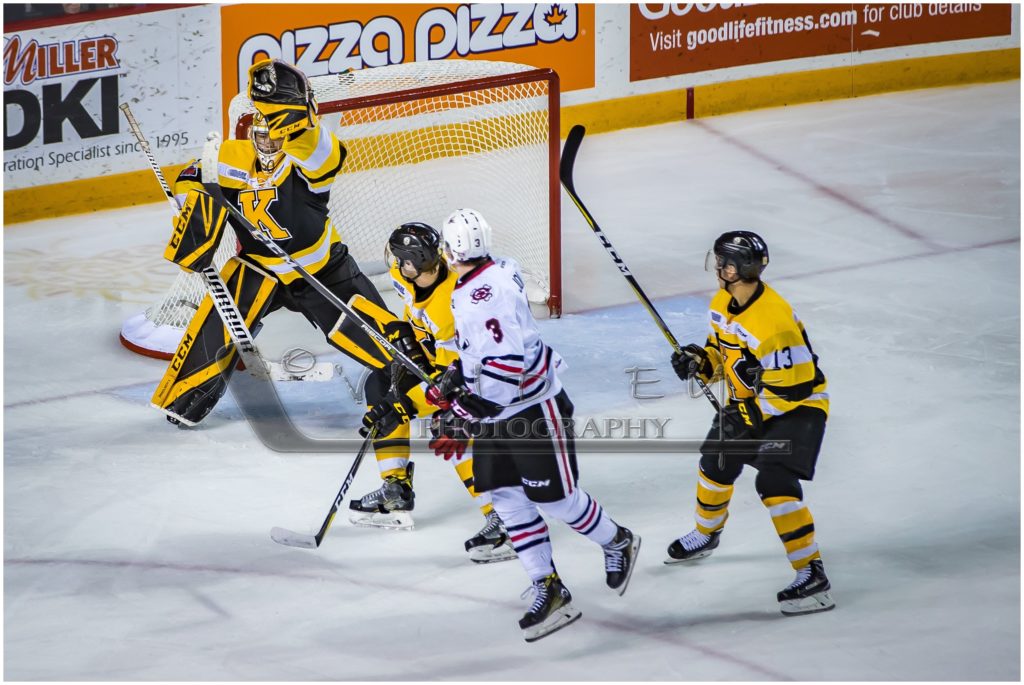 The Niagara IceDogs won their 2018-19 home opener with a 3-1 win. They played in front of a sellout crowd, proving why our fans are the best in the league!

The first period proved to be a feeling out period for both teams. The opening 20 ended in a scoreless draw.

The ‘Dogs began the second period on a powerplay. Just as the man advantage expired, Kyen Sopa scored his first OHL regular season goal! Sopes bounced a loose puck past the Frontenacs’ netminder to give us our first home goal of the season. Philip Tomasino and Daniel Bukac were credited the assists.

Heading into the third period, the ‘Dogs held a 1-0 lead. Bradey Johnson doubled the score with a tap-in, giving us the game winning goal. Assists went to Andrew Bruder and Billy Constantinou. Four minutes later, Ben Jones scored shorthanded on a breakaway. Kirill Maksimov and Lleyton Moore were given the assists, giving Moore his first home assist. Kingston cut the ‘Dogs lead to two, but the IceDogs pulled out with the 3-1 win.

Home action continues tomorrow night at the Meridian Centre against our Central Division rivals, the North Bay Battalion. September 29th marks our first Goodwill Niagara Donation Night. Bring your donations to any entrance and receive a $2 ticket voucher for our Oct. 24th Halloween game against the Peterborough Petes!

Limited tickets remain for our second game of the weekend. They can be purchased online HERE, or in person at the following locations: