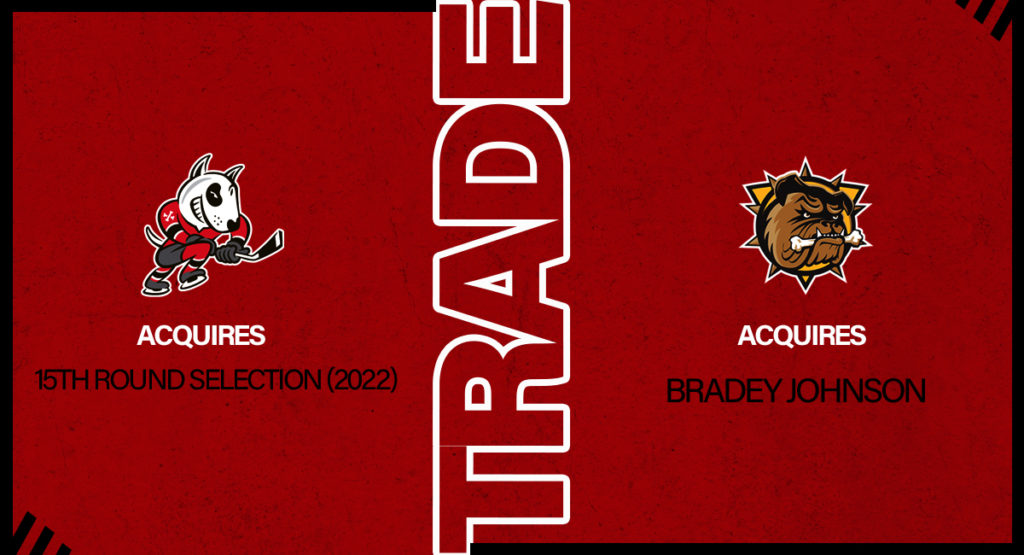 In exchange, the IceDogs have received a 15th round selection in 2022.

“This was a difficult trade for us that brings mixed emotions.” said Burke. “On the one hand it is very difficult to move a guy like Bradey who is a complete embodiment of what it means to be an IceDog. He is a high character individual with an unmatched work ethic, and a great teammate on and off the ice.

“At the same time this is a great opportunity for Bradey with a great organization in Hamilton. We are excited for him.”

Johnson, a former 13th round pick in the 2015 OHL Priority Selection, first made his debut as an IceDog in December of 2016. In 158 games in Niagara, Johnson scored 22 goals, collected 26 assists, totalling 48 points. Known for his defensive play, Johnson became a staple on the penalty kill and was able to fill holes on the blue line, when needed.

The entire Niagara IceDogs organization would like to thank Bradey for everything he has done for the IceDogs team and the community in Niagara, and wish him the best success moving forward with Hamilton, and beyond.