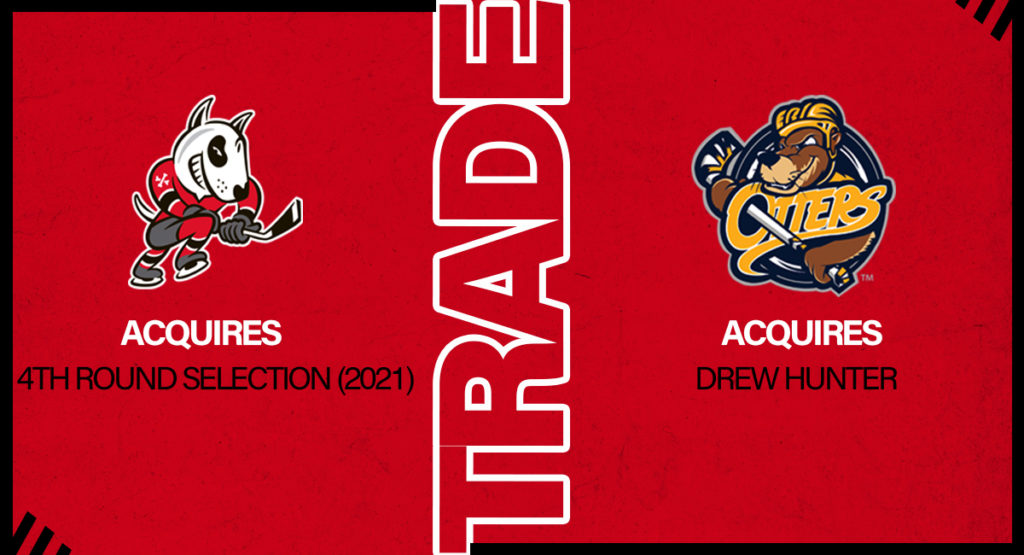 In exchange, the IceDogs have received Erie’s 4th round selection in the 2021 Ontario Hockey League draft.

“This was a very difficult move to make.” said Burke. “Drew has embodied everything it means to be an IceDog for four years now. While it is very difficult to see him go, this is a great opportunity with a great organization in Erie”.

“We have once again cleared up our overage situation while adding a valuable pick to assist in our rebuild. I wish Drew nothing but the best going forward and it’s safe to say he will always be an IceDog.”

Hunter, a former 12th round pick in the 2016 OHL Priority Selection, first made his debut as an IceDog in the 2016-17 season. In 165 games in Niagara, Hunter solidified himself as one of the teams top two-way defenders. Not known overtly for his offensive side, Hunter has contributed in big moments including scoring the game tying goal in game one of the 2019 playoffs second round against Oshawa, to send the game into over time.

The entire Niagara IceDogs organization would like to thank Drew for everything he has done for the team and the community in Niagara, and wish him the best success moving forward with Erie, and beyond.