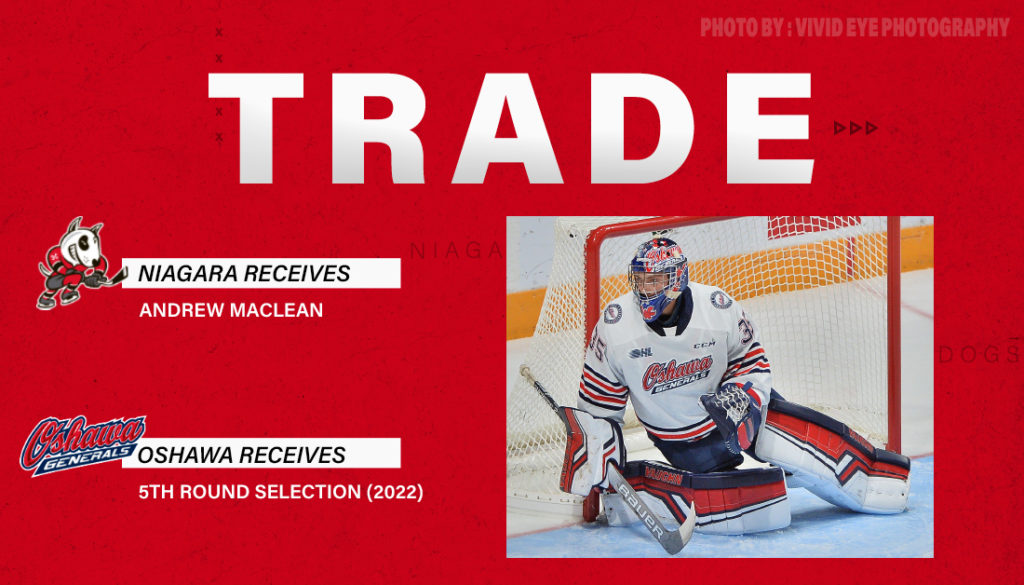 In exchange, the IceDogs traded a 5th round pick in the 2022 Ontario Hockey League Priority Selection.

“This trade addresses a big need for us this season, with Tuckers injury.” said GM Burke. “Andrew is a young goalie, with nice pedigree already in this league. He should really help us between the pipes, with his experience”.

The Port Huron, MI native was drafted in the 10th round of the 2017 OHL Priority Selection by the Owen Sound Attack. A 2001 birth year,  played 32 games in his first year with the Attack. He was acquired over the summer by the Oshawa Generals, start his second OHL season. In 19 games thus far, MacLean has posted a 3.65 goals against average, and .877 save percentage. He is 11-5-1-1 in the 2019-20 season.

Cameron Peters
It's a marathon, not a sprint : Peters emphasizing long term development
4 days ago