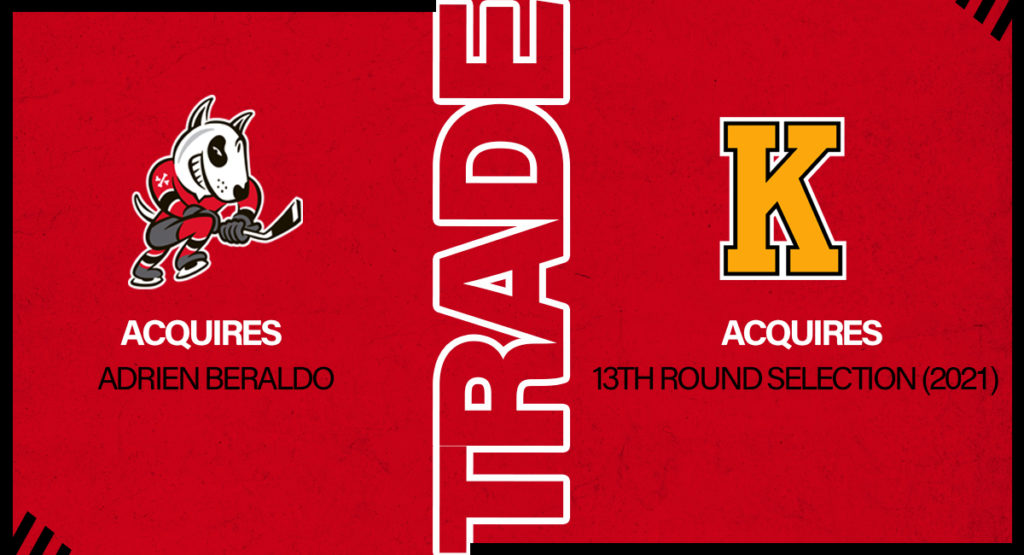 Niagara IceDogs’ General Manager Joey Burke announced today that the club has completed a trade with the Kingston Frontenacs.

Niagara has acquired defenceman Adrien Beraldo from the Frontenacs and, in exchange, the IceDogs have traded their 13th round selection in the 2021 Ontario Hockey League draft.

“He has a big shot from the point, that we can utilize. I am excited to see his impact immediately on our backend.”

Beraldo, a former 5th round selection by Peterborough in 2016, has split his three-year OHL career between the Petes and Frontenacs. In 119 games, the defence-first blueliner has 24 points. The Stoney Creek native is working to improve his offensive abilities.

The entire Niagara IceDogs organization would like to welcome Adrien to the team.