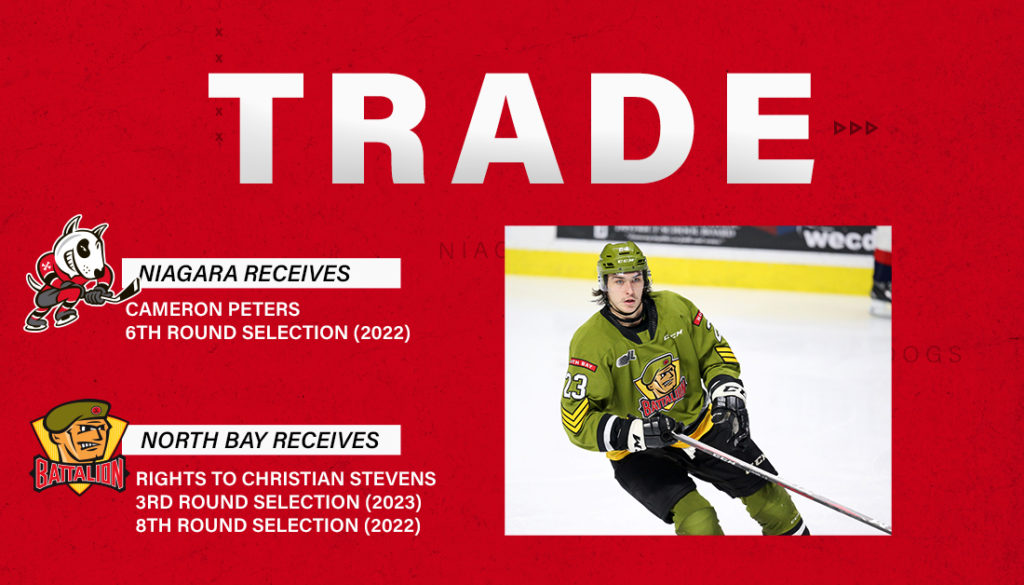 “This is a very exciting addition for us.” Said General Manager Joey Burke. “Cam is a guy I absolutely loved in his draft year, a second round pick who was a standout for the Toronto Marlboros. This change of scenery should reignite Cam and I know he is going to fit in great with our young group”.

A bigger body, Peters stands at 6’02”, and weighs 180lbs. He is a younger player known for playing hard, with a great shot. His ability to read and make plays shows the potential he has to be a big, competitive piece into what Niagara is building.

“Cam adds a nice dynamic of speed size and skill and is a guy I have wanted to bring in for two years. I am very excited at this addition, it really helps contribute to our bright future”.