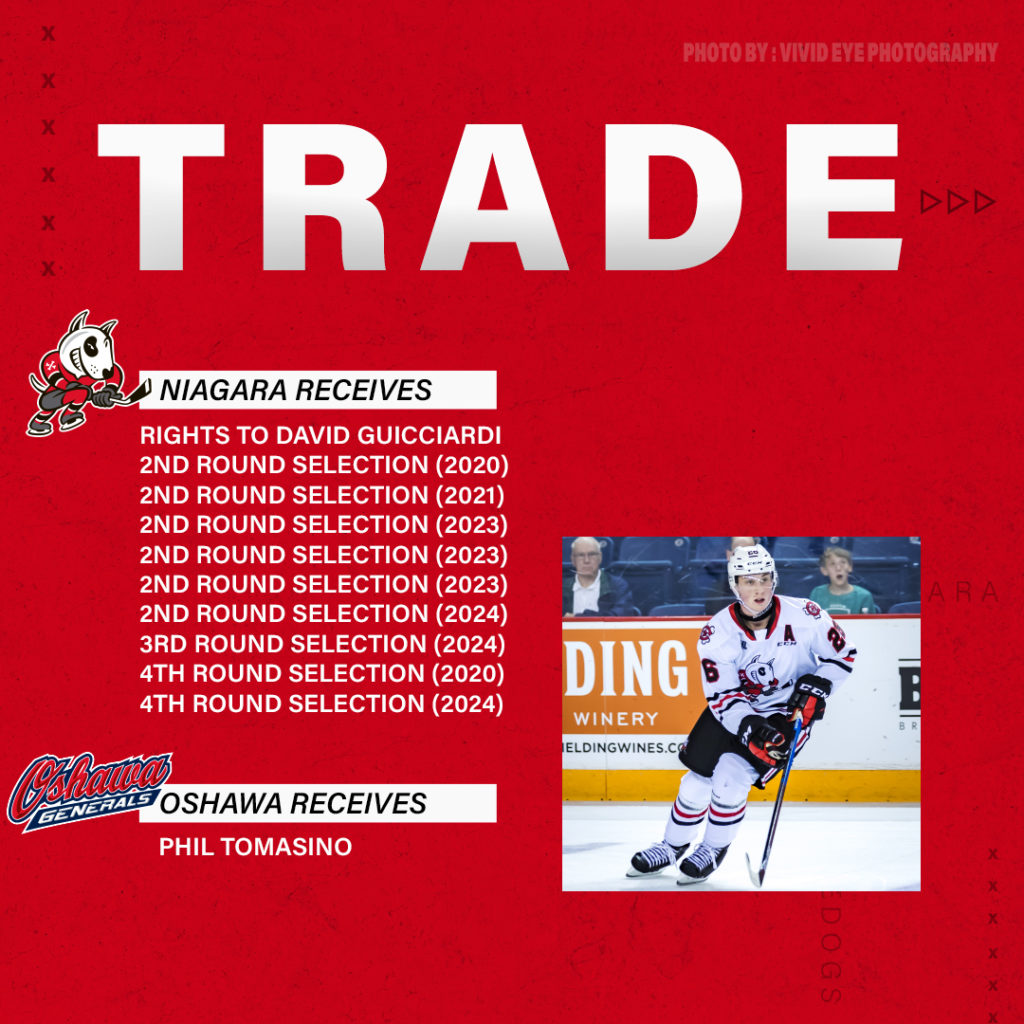 Niagara, ON – The Niagara IceDogs have announced they have traded third year forward Phil Tomasino to the Oshawa Generals. In exchange, the IceDogs have acquired the rights to David Guicciardi, six 2nd round draft picks, one 3rd round pick, and two 4th round picks. The draft selections range from 2020-2024.

The Mississauga, ON native was drafted to Niagara in the first round of the 2017 Ontario Hockey League Priority Selection (5th overall). 164 games as an IceDog, he scored 61 goals, collected 92 assists, totally 153 points. In the 2019-20 season, he is on pace to set career highs in goals and assists. In September 2019, Tomasino was named an Alternate Captain of the IceDogs.

Tomasino, born in 2001, was drafted in the first round of the 2019 NHL Draft (24th overall) to the Nashville Predators. He signed a three-year Entry Level Contract with the Predators in October 2019.

“This was a difficult decision to make but the fact of the matter is we are building our future around 02-04s and younger, and we will never get a chance to acquire this amount of picks again.” Said General Manager Burke. “With the pick window closing to 4 years next season, I believe this is the last deal of this magnitude we will see in this league. The opportunity to add 9 impact players for our future is something we couldn’t pass up.Not only have we now restocked our draft cupboard, we have multiple seconds in every year. This deal sets us back up for the future and gives us the tools to build a winner.”

The entire Niagara IceDogs organization would like to thank Phil for everything he’s done for the team, organization, and Niagara community.