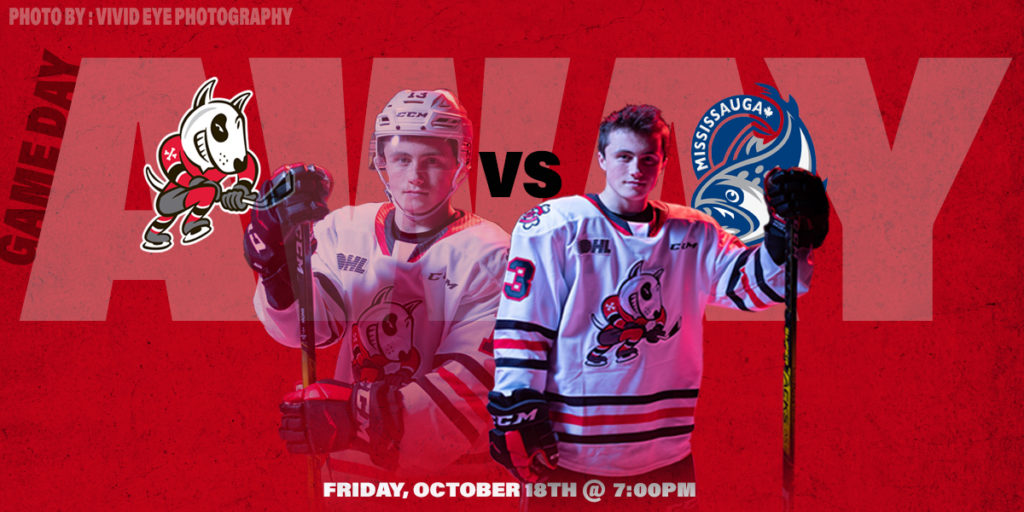 The IceDogs are heading down the QEW tonight to play their second game of their series against the Steelheads in Mississauga. The last time the Niagara visited the city outside of Toronto, they emerged victorious 3-1, with Tucker Tynan getting the win between the pipes. The ‘Dogs (3-3-2-1) will be looking to get back in the winning column tonight.

When the IceDogs last faced the Fish, both teams were missing significant pieces in their line-up. Although one piece, Ivan Lodnia, is not expected to dress, both Niagara and Mississauga will have two of their best players in the line-up. The Steelheads will have Thomas Harley back, who spent significant time in Dallas following Stars training camp. He is a major contributor offensively and defensively. With 6 power play assists on the year, Harley will be one for the IceDogs to keep an eye on, especially on the man advantage. Harley has tied Kyen Sopa with the most first-goals scored in a game, with 3.

Despite sitting out last night, rookie forward Cameron Snow has impressed thus far this season. His speed and ability for getting to the net have been on display. Although he has yet to register his first point of the season, he is visibly improving every game. Fans can look for Snow to be buzzing around the net tonight.

Don’t miss out on your IceDogs trying to gain some points and break ahead of the pack in a tight Eastern Conference standings race. Tonight’s game will be available on live radio broadcast through Newstalk 610 CKTB and OHLLive streaming.