IceDogs Battle Hard is Loss to Battalion amidst Playoff Push 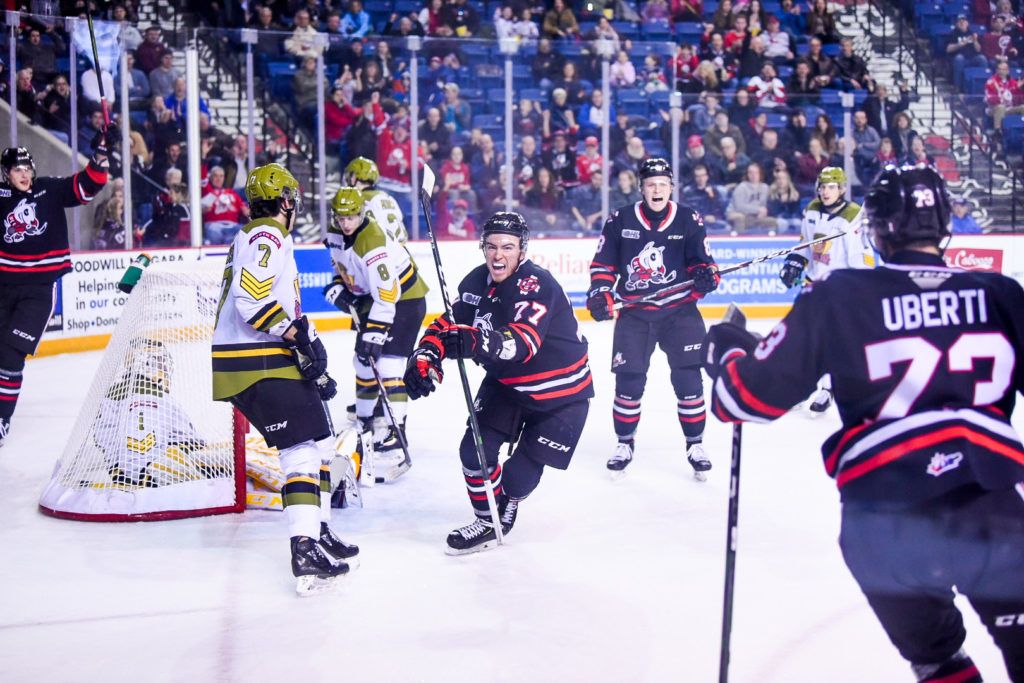 This afternoon, the IceDogs were facing Central Division rivals, the North Bay Battalion, continuing to battle for a playoff spot in the Eastern Conference.

The IceDogs came out flying at the drop of the puck and spent a majority of the first 10 minutes in the Battalion zone. Unfortunately, the Battalion capitalized on an offensive zone draw to get onto the board. The ‘Dogs continued to battle and were able to tie the game up at 1 with 13 seconds remaining in the first period. Defenseman Dakota Betts crept down, in front of the Battalion goaltender and buried a pass from behind the net courtesy of Jake Uberti.

The second period started the same way the first ended – with an IceDogs goal! Jonah De Simone scored his ninth on the season by rifling one home on a 2 on 1 opportunity. Lucas Theriault and Jackson Doherty picked up assists on the IceDogs second goal of the game.

The Battalion scored two goals to take the lead 3-2 going into the second intermission.

The Battalion extended their lead to 4-2, 2:29 into the third frame. Lodnia and Bruder had a quality scoring chance mid-way through the period but the Battalion goaltender stood his ground. Bruder got 7 shots on net and was 80% in the dot, Lucas Theriault was 63% in the faceoff dot, and the IceDogs put forth a valiant team effort outshooting the Battalion 34 to 29, but it wasn’t enough this afternoon.

The Battalion scored an empty net goal and won the game with a score of 5-2.

The IceDogs are back in action on Saturday, March 7th at the Meridian Centre against the Erie Otters. Tickets are starting as low as $15/person and can be purchased online HERE, or in person at the following locations: