IceDogs close out back to back weekend tonight in Windsor 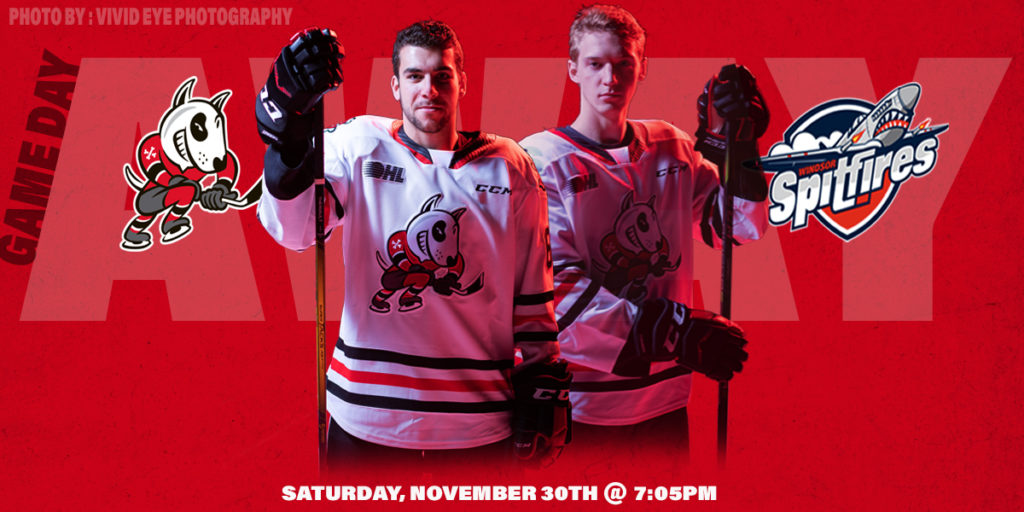 The Niagara IceDogs are back in action tonight against the Windsor Spitfires, following last night’s 5-2 win over the Sting, in Sarnia.

Coming into this evening’s game, the IceDogs have collected at least a point in six of their past seven games.

In the final game of the season series against the Spitfires, the IceDogs will be looking to capture at least a point tonight to take the series win. The last time these two teams met, the IceDogs pulled out the win, with 1.1 seconds remaining in overtime.

Hailing from the Niagara Region, Windsor’s Tyler Angle leads the Spitfires with 28 points, in 21 games. The Spitfires’ Purboo is third in the Ontario Hockey League with 4 first-goals.

The Nov. 16th game between Niagara and Windsor turned into a goaltending battle, and tonight’s game could be much of the same. Windsor’s Kari Piiroinen is fourth in the league with 11 wins on the season. In 2019-20, Piiroinen has a goals against average of 3.40 and a save percentage of .882. Tynan, who is likely to get the start tonight, is fifth in the league with a save percentage of .910. He has a3.86 goals against average, and has won 8 games this season.

Rookies Lucas Theriault and Ryan Campbell have become consistent staples in the bottom half of the IceDogs’ bottom six. Theriault has registered 5 points (3 goals, and 2 assists) has found himself consistently on a line with fellow 2000-born players, Andrew Bruder and Jackson Doherty. Campbell, who is looking for his first OHL point, is centring, typically, an all rookie line with Cameron Snow, Anthony Agostinelli, and Ethan Sims, rotating.