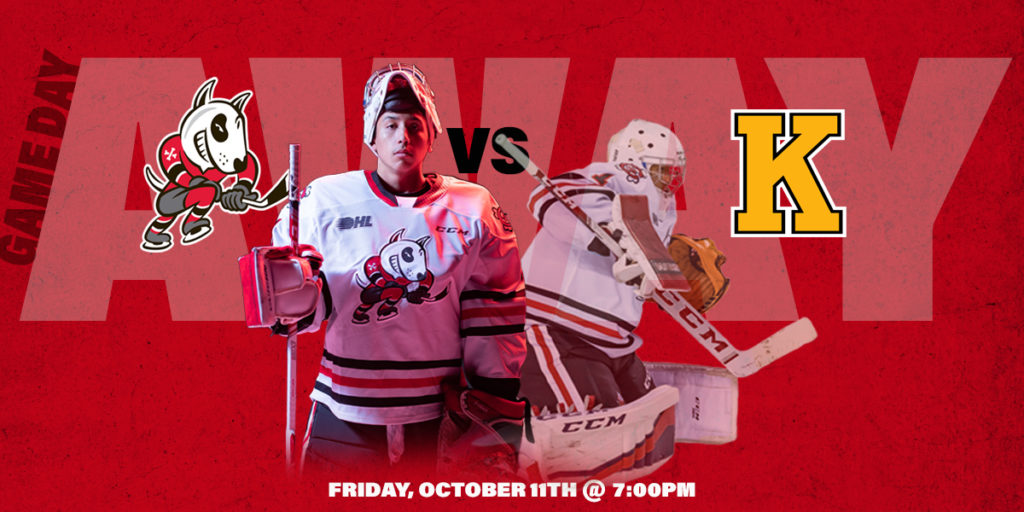 The IceDogs are back on the road tonight to close out their home and home with the Kingston Frontenacs. After an exciting offensive outburst against the Frontenacs last week, Niagara is looking to keep their strong special teams work going tonight.

Alternate Captain, and over-age forward Oliver Castleman is expected to suit up in his 200th OHL regular season game tonight.

The Kingston Frontenacs are still looking for their first win of the season. Last Friday, Shane Wright proved to be among Kingston’s best players. The IceDogs saw glimpses of his dynamic abilities, as he scored a goal and added an assist in the Niagara win.

Niagara’s second year defender Mason Howard is expected to return to the line up tonight in Kingston, after missing the past two games. The 18-year old, though still young in his OHL career, has become a key piece on the IceDogs blueline, contributing with a tough-to-beat mentality and physical style of play. Howard has contributed offensively this season, scoring a game-tying shorthanded goal against Oshawa.

Following tonight’s game, the IceDogs return home tomorrow night to a Thanksgiving showdown against our Central Division rivals to the north, the Battalion. In a re-match from last year’s Eastern Conference quarter-final, both teams have made significant chances since they last met.