IceDogs close out weekend with Sunday matinee in North Bay 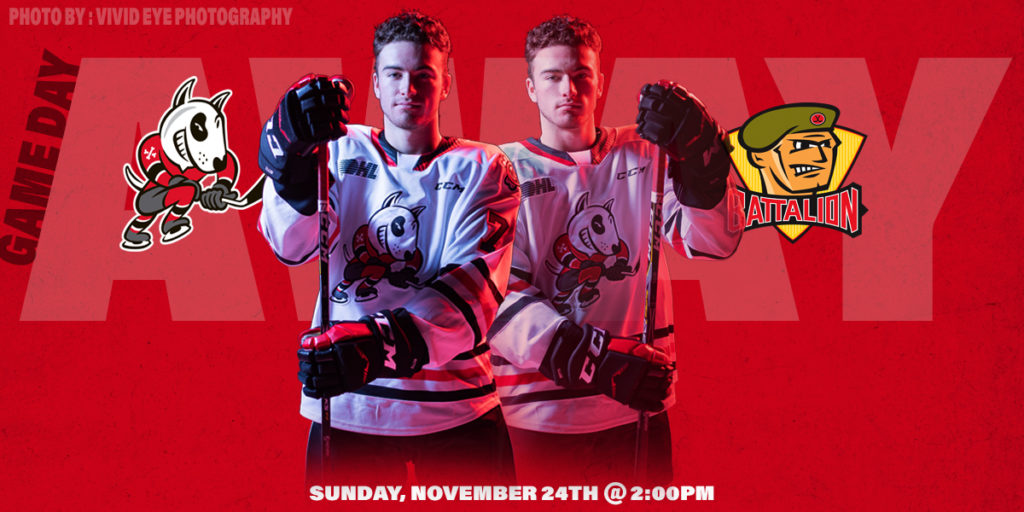 The ‘Dogs are closing our this 3-in-4 weekend today with a matinee, in another important Central Division match-up against the Battalion. When Niagara last faced the Battalion, on Thanksgiving weekend, North Bay was victorious. This weekend, the IceDogs want to change the score of the season series.

Coming into this afternoon’s game, the IceDogs have won 3 straight, and collected points in their past 5 games, including a 6-2 win over the Barrie Colts last night. The ‘Dogs sit comfortably in third place in the Central Division, with 22 points, 14 points ahead of the last place Battalion.

The Battalion are entering this game coming off 11 consecutive losses, winning one game, and then losing two more, including a shutout against the Bulldogs on Friday. The last time they won a game was against the IceDogs. North Bay is led on the scoresheet by Brad Chenier, who has 21 points on the season (10 goals, 11 assists). Matthew Struthers is close behind with 19 points.

Although a rookie, defenceman Dakota Betts is being leaned upon to log significant minutes on the backend for Niagara this season. Being relied upon in all situations, Betts has become a steadying force, especially on the penalty kill. Despite taking an unconventional path to play for the IceDogs, the extra time developing is paying off well for Betts in Niagara.

This afternoon’s game will be broadcast live on YourTV, and Newstalk 610 CKTB. Fans can also live stream the game on OHL Live, and follow live updates through the Niagara IceDogs’ Twitter. 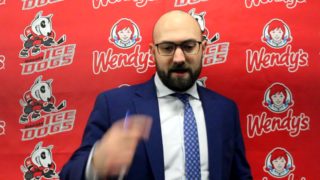