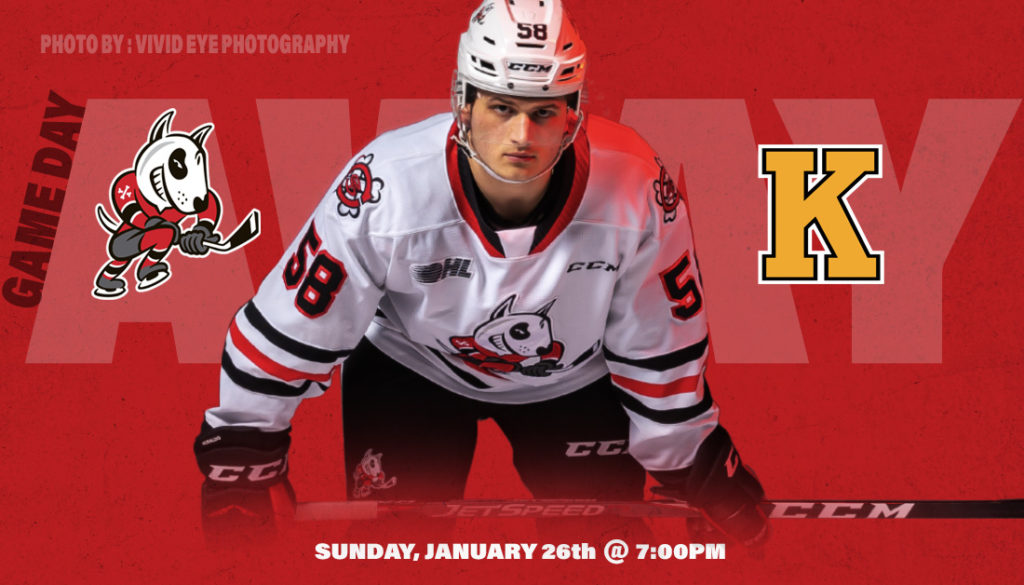 The Niagara IceDogs are finishing this weekend’s road trip against the Kingston Frontenacs. With the Fronts nine points back of the ‘Dogs, Niagara will be looking to get back into the win column against another rebuilding squad, and extend their lead in the standings

Both teams come into tonight’s game after playing afternoon games on Saturday.

Tonight’s final game of YourTV’s Hockey Day in the OHL will be the season series finale between the Frontenacs and IceDogs. The ‘Dogs lead the series with two wins at home. The last time these two teams played each other, the IceDogs took home a decisive 11-3 win, with Anthony Agostinelli and Cameron Snow scoring their first two OHL goals of their careers.

In the past five years at Kingston, the IceDogs have had their fair share of struggles, but tonight’s game provides the opportunity to draw even. In those 10 regular season games, the IceDogs are 3-4-1-1.

Defenceman Adrien Beraldo will be making his return to Kingston for the first time since the November trade that brought him to Niagara. Since the trade, Beraldo has become the IceDogs top offensive producing defenceman, with 17 points (4 goals, 13 assists).