IceDogs Come Up Short in Loss to Barrie 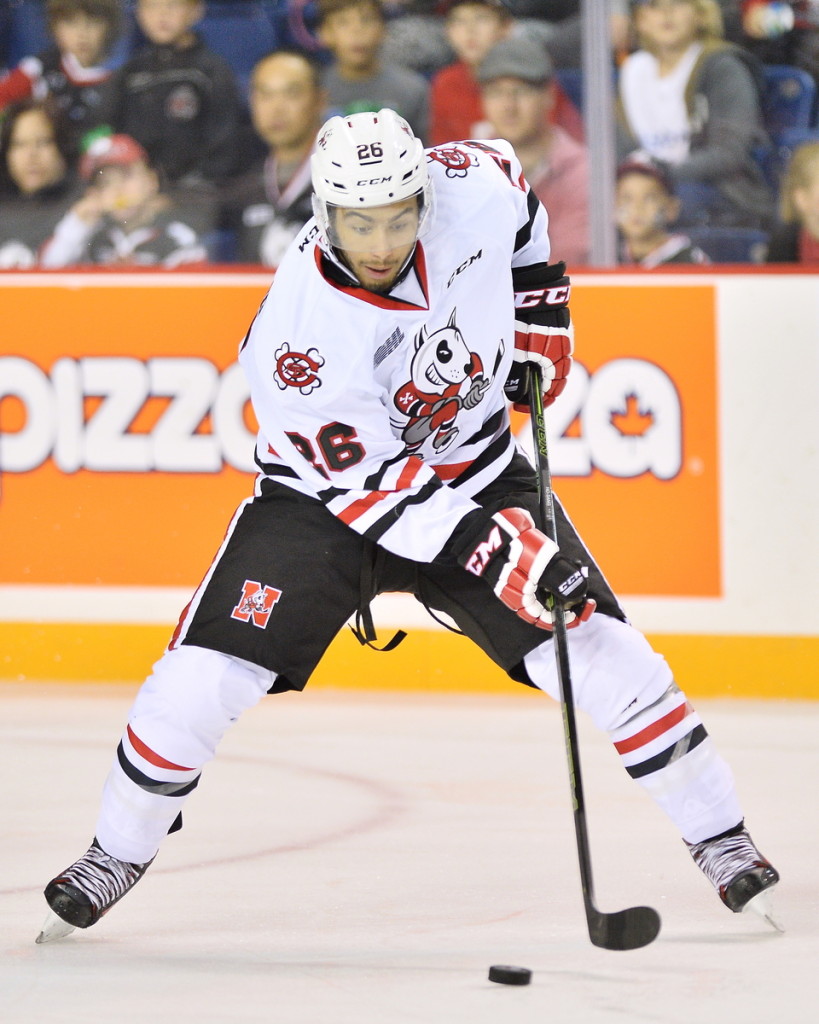 Niagara suffered a tough loss at the hands of division rival Barrie Colts on Saturday night in a close game that finished by a final score of 3-2.

The first period saw some fast paced action between the top two teams in the Central Division. Although each side had their fair share of chances on the powerplay, it was the goaltenders who stole the first 20 minutes, forcing the game to head into intermission at a scoreless tie. Alex Nedeljkovic was back in net for the IceDogs and looked sharp when facing some late pressure by the Colts, saving all nine shots he faced in the period.

The IceDogs came out strong in the second period, scoring back-to-back goals within five minutes. Josh Ho-Sang was dragged down on a breakaway and made a slick move on a penalty shot to net his 15th of the season. Ho-Sang also assisted on Johnny Corneil’s goal which came a little over a minute later. Barrie refused to go down without a fight however, cutting Niagara’s lead in half on a powerplay marker. Barrie tied the game up with eight seconds remaining in the period, making for an exciting final 20 minutes.

Penalty trouble caught up to the IceDogs in the third as the Colts scored 6:41 into the frame to take a one goal lead. Niagara continued to push in the final moments of the game and ended up pulling their goalie with a little over a minute remaining but their efforts just fell short as they could not tie the game up and Barrie took the game by a final score of 3-2.

The IceDogs next home game is on Sunday, January 31st at 4:00pm as they are set to take on the Hamilton Bulldogs on Hockey Day in the OHL. TVCogeco will be airing a triple-header with a variety of stories and interviews from players and teams from around the league throughout the day. Fans are encouraged to get involved on Facebook and Twitter using hashtag #OHLDay!

Tickets are still available for the game and can be purchased at all IceDogs ticket locations. At the conclusion of the game there will be a live auction held in Section 105 to bid on the specially made pink jerseys the IceDogs wore for their annual Pink in the Rink event in support of the Canadian Cancer Society and Women’s Cancer Research. Jerseys are also available on the IceDogs eBay page: http://www.ebay.ca/usr/niagaraicedogs

Courtyard by Marriott Shots on Goal