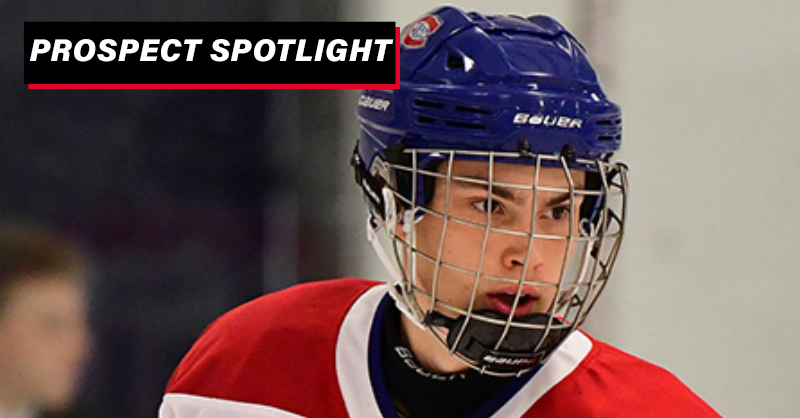 Possessing a goal-scoring ability rare for his age, and natural chemistry with Niagara IceDogs’ first-round selection Pano Fimis, ultimately guided General Manager, Joey Burke to the drafting of Brice Cooke with the 33rd overall choice in the 2020 OHL Priority Selection.

The 16-year-old native of Orangeville, Ontario signed a Standard Player Agreement on May 6th, committing to the organization.

Skating for one of the top teams in Minor Midget hockey in the Toronto Jr. Canadiens, Brice Cooke has proven time and time again to be far more than simply a complementary player. A strong skater who boasts the ability to maintain his speed as he changes direction, Cooke is a capable playmaker who loves to score goals too. He owns a deceptive shot and the innate instincts necessary to drive his team’s offensive game. (Prospect Pipeline)

“This is a great fit for us on many different levels. Brice has a goal-scoring ability that is rare for his age, and was one of the premier goal scorers in the draft. He combines size, smarts, and speed. He really is the total package. Add that to the fact he has great chemistry with Pano Fimis already, as linemates last year, this is a signing that will pay-off for years to come.” – Joey Burke