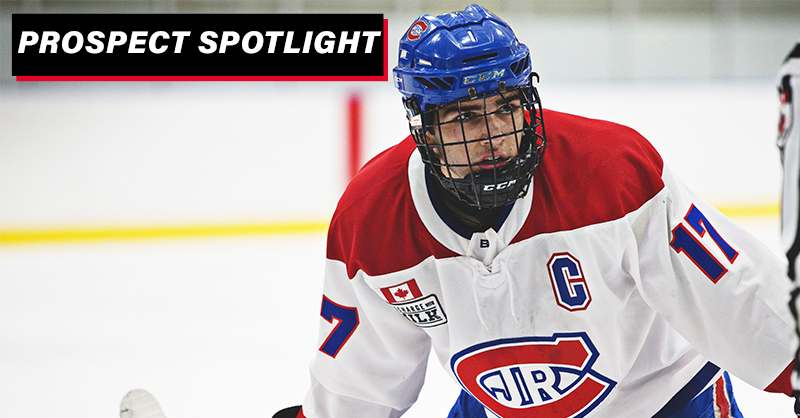 Although the Ontario Hockey League season has been delayed for some time, Pano Fimis is giving IceDogs’ fans good reason to anticipate the resumption of play. The highest selection in franchise history; he heard his name called as the second overall pick in the 2020 OHL Priority Selection.

The native of Richmond Hill, Ontario signed a Standard Player Agreement, committing to the organization on April 21. Once the puck drops for Niagara, Pano will be a major addition to the lineup.

Pano is the engine behind his team’s offence; constantly moving and putting pressure on the opposition with his speed and energy. Combine that with his skill and anyone can see why he was one of the most dangerous offensive players this season. He is not big in stature but he plays much bigger than he is, fearless in the corners and the dirty areas of the ice. He uses his speed and energy on the defensive side of the puck as well, always backchecking and playing responsibly. Pano was the GTHL’s Player of the Year and was the leader of his team right from day one this season. (Priority Selection Preview and Media Guide)

“This is a franchise-changing player, who brings the ability to be our first-line centre for years to come. He is as complete a player as it gets, and does everything at an absolutely elite level. This is a guy who dictates the pace and controls the game. He is excellent in the face-off circle and possesses a lethal release.” – Joey Burke