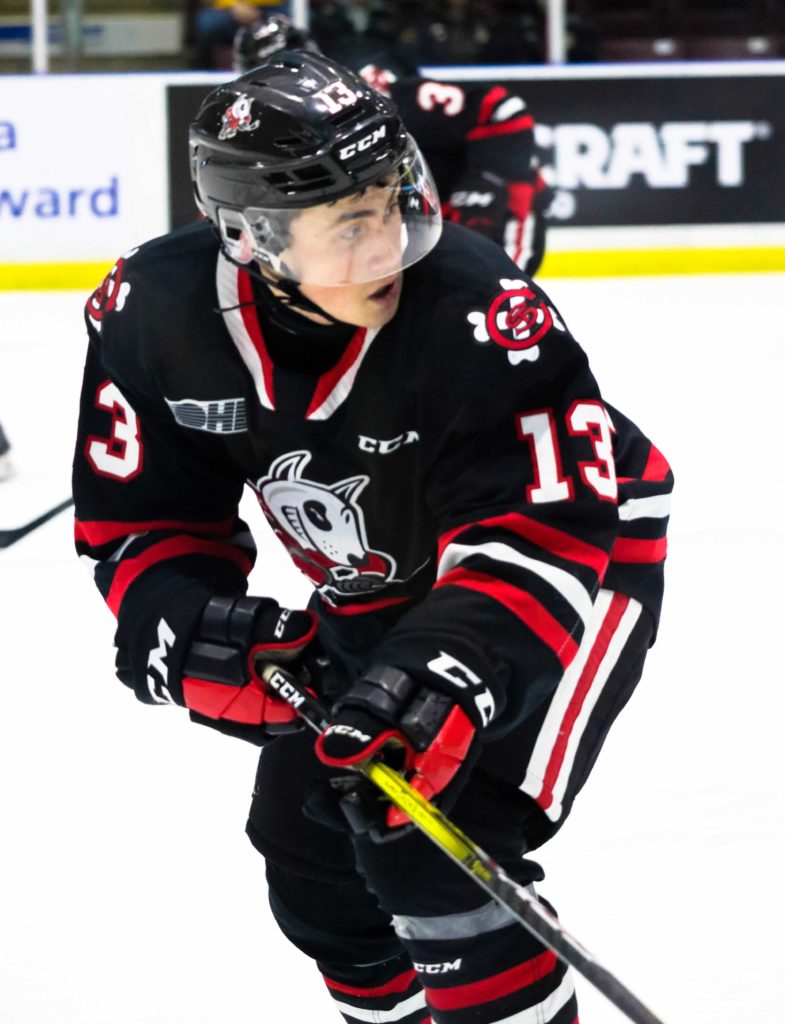 The IceDogs were back on the road Wednesday evening to visit the Owen Sound Attack, as they closed out their 5-game roadtrip. The ‘Dogs came into this game with 3 wins in four games on this road trip, including a 3-2 come from behind win against the high flying Windsor Spitfires.

The first period started with two quick goals from the Attack, but shortly thereafter, the IceDogs settled right into their game. Kyen Sopa got the IceDogs on the board with his 13th of the season, just 6 fewer than he scored last season. First year defenceman Isaac Enright collected his second assist of the season on the goal that cut the Owen Sound lead in half.

Nice and comfortable in his workshop #IceDogs pic.twitter.com/iXjTu103cb

With two minutes remaining in the opening frame, Elijah Roberts took a stick to the mouth, and immediately left the game, but he returned to start the second period.

The IceDogs opened the second period down 2-1. The IceDogs had an excellent chance to try equalizing the game from Jonah De Simone and Phil Tomasino. The Attack extended their lead to two. Their two-goal lead didn’t last though. Phil Tomasino extended his 6-game goal streak to six, bringing Niagara within one.

🚨 TOMO 🚨 @philtomasino26 pounced on a rebound to bring us back within one!

🐶 2 | 3 🐻#IceDogs goals are powered by @GetMammoth#Predspic.twitter.com/IKJ1iZULeT

In the final minutes of the period, Christian Sbaraglia flashed his red glove to make a huge glove save right before the IceDogs were given a power play.With 12 seconds remaining in the period, Jake Uberti scored his 7th of the season to tie the game up at 3, heading into the third period.

The Attack broke the tie with two consecutive goals within the opening minutes of the third period. With just under 10 minutes to play in the final frame, Kyen Sopa came up big for Niagara, scoring his second of the game, to cut the Owen Sound lead to one.

Then, with 4 minutes to play, a shot from AJ Cook at the blueline was delected by Andrew Bruder, who’s 6th of the season tied the game up at 5!

Brudes got those hands from playing video games 🎮@bruder91 | #IceDogspic.twitter.com/hOCUS0enwa

The IceDogs were guaranteed at least one point tonight, as the game headed into 3 on 3 overtime. The Owen Sound Attack scored the game winning goal halfway through the overtime period.

The IceDogs come home with 7 points on the 5-game road trip.

The ‘Dogs are coming home to the Meridian Centre tomorrow to host the Soo Greyhounds!