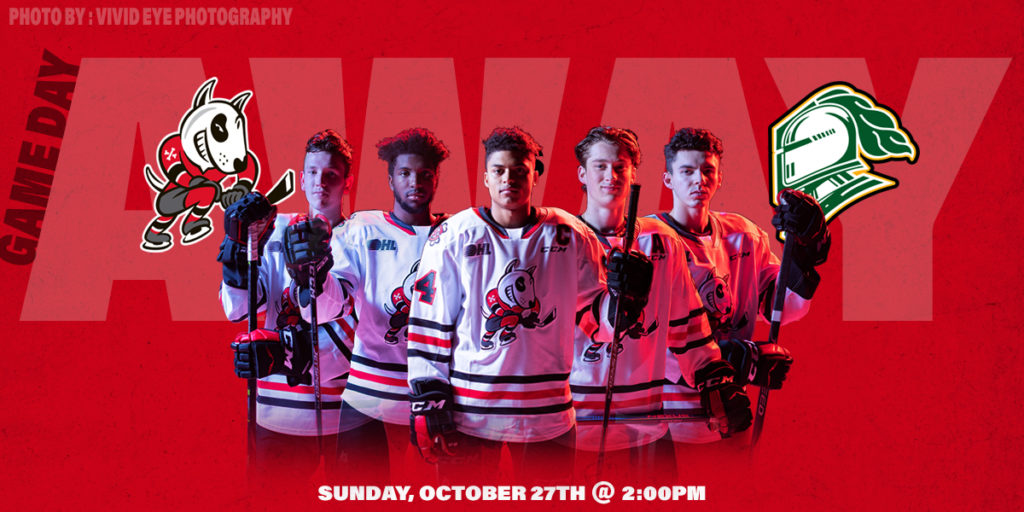 Your Niagara IceDogs are back in road action this afternoon in London for a showdown against one of the teams’ biggest rivals, the Knights. Following a solid effort to come back in the third period of last nights’ game, the ‘Dogs are looking to finish this 3 in 3 weekend back in the win column.

Today’s matinee features a pair of 2019 NHL first round draft picks in Phil Tomasino and Connor McMichael, who were selected one pick apart. McMichael, the Knights’ leading scorer, has 23 points on the season. His 13 goals on the season are third in the league, four of which have come on the power play, ranking fifth in the league. He’s tied with Tomasino for the second most shorthanded goals scored this season (2). For the ‘Dogs to be successful today, they’re going to need to keep the Knights’ top scorer contained.

The IceDogs will be relying heavily on their leadership group to lead the charge into battle against the Knights. Akil Thomas, who has scored 3 goals in two nights, is on a 5 game point-streak, scoring 4 goals and collecting 5 assists in that span. Phil Tomasino is riding a 4 game point-streak, collecting 7 points in the process. Alternate Captains Oliver Castleman (15 points), and Drew Hunter (8 points) are fourth and fifth in team scoring. Defenceman Elijah Roberts is logging tough minutes on the top pairing, using his speed to compliment the physical play of Mason Howard.

Both teams come into this fairly even matched, with one point separating them in the standings.

This afternoon’s game will be broadcasted live on Newstalk 610 CKTB, OHLLive, with live updates on the Niagara IceDogs’ Twitter page. It will not be broadcasted on YourTV Niagara.