IceDogs Fall 7-3 to the Otters 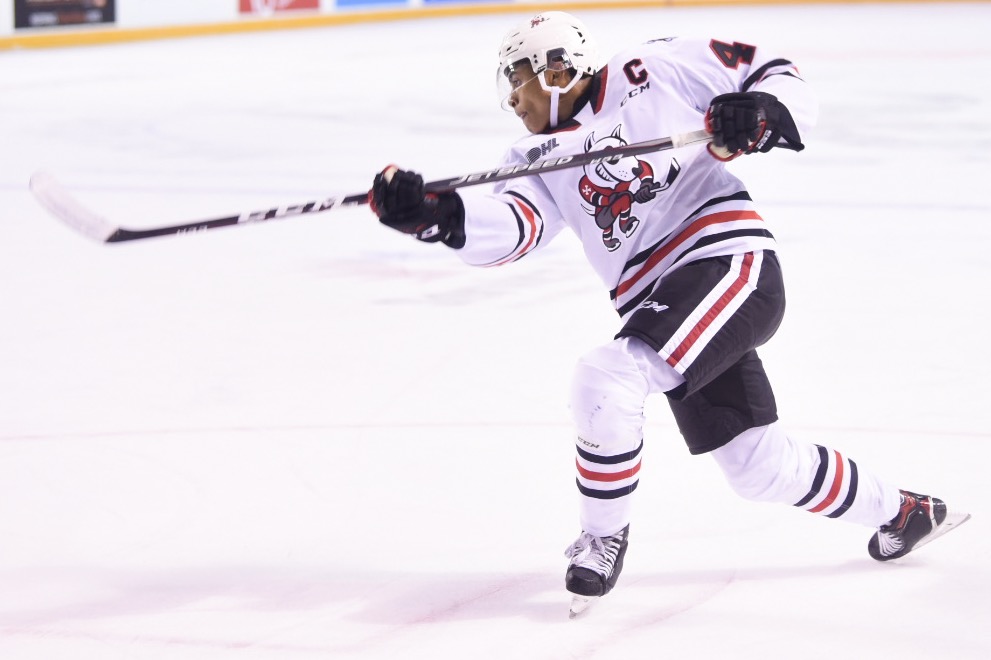 Kyen Sopa started the scoring for the night when he ripped one home from the slot 5:21 into the first. This goal started in the IceDogs end and the puck moved down the ice touching seven different IceDogs sticks consecutively before making it to the back of the net. Oliver Castleman and Mason Howard were the two players to pick up assists. The Erie Otters picked up a powerplay marker prior to the conclusion of the period.

Throughout the second period the two teams traded off chances on goal. Akil Thomas fed Jackson Doherty on a two on one that was turned aside, for then Tucker Tynan to come up big in the home end. Erie got two goals within 1:03, but the IceDogs responded with Lucas Theriault scoring his second of the season, burying AJ Cook’s rebound. Drew Hunter picked up the secondary assist on the IceDogs second goal. The period ended with the IceDogs trailing 3-2.

Your IceDogs are on the road tomorrow and then return home on Saturday, October 19th and will be facing off against the Guelph Storm. Tickets are starting as low as $15/person and can be purchased online HERE, or in person at the following locations: