IceDogs fall to Bulldogs to close out first weekend of 2020 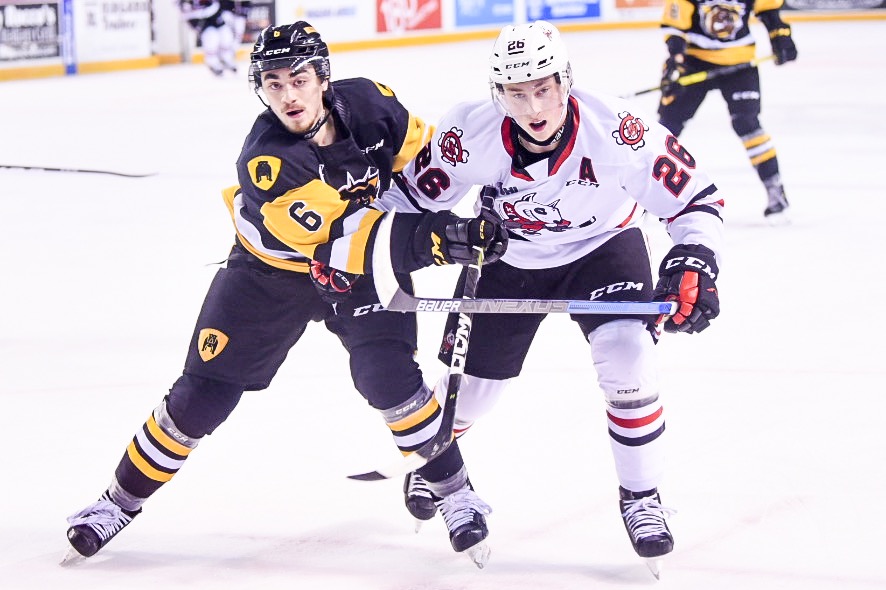 The Niagara IceDogs were right back in action Sunday afternoon to close out their first weekend of 2020 action against their familiar rivals down the QEW, the Hamilton Bulldogs. In the third game of the Newstalk 610 CKTB and TSN 1150 K9 Cup Challenge, the IceDogs were looking to take a stranglehold on the season series, after having won the past 2 matchups.

Niagara came into this game having won two exhausting games in overtime, one on the road and one at home. Ther were without Kyen Sopa and Akil Thomas (World Juniors), and Elijah Roberts (injury). Mason Howard also didn’t play after receiving a match penalty for slew footing Saturday night. The Bulldogs were without their leading scorers, Arthur Kaliyev and Jan Jenik (World Juniors).

The Bulldogs opened the scoring in the final five minutes of the first period, and then added two more goals in the final minute of play. Otherwise, play had been fast paced and equal between the two teams. Christian Sbaraglia replaced Rosenzweig in net to start the second period. Hamilton scored three consecutive goals in the second period. Oliver Castleman broke the goose egg for the IceDogs from the slot.

The Bulldogs extended their lead to 6 goals early in the first. Jake Uberti, though, put on the jets and raced into the offensive zone to score his 10th of the season.

The Bulldogs took this one 8-2.

The IceDogs will return home on Thursday, January 9th for a matchup against the Hamilton Bulldogs. Tickets are starting as low as $15/person and can be purchased online HERE, or in person at the following locations: